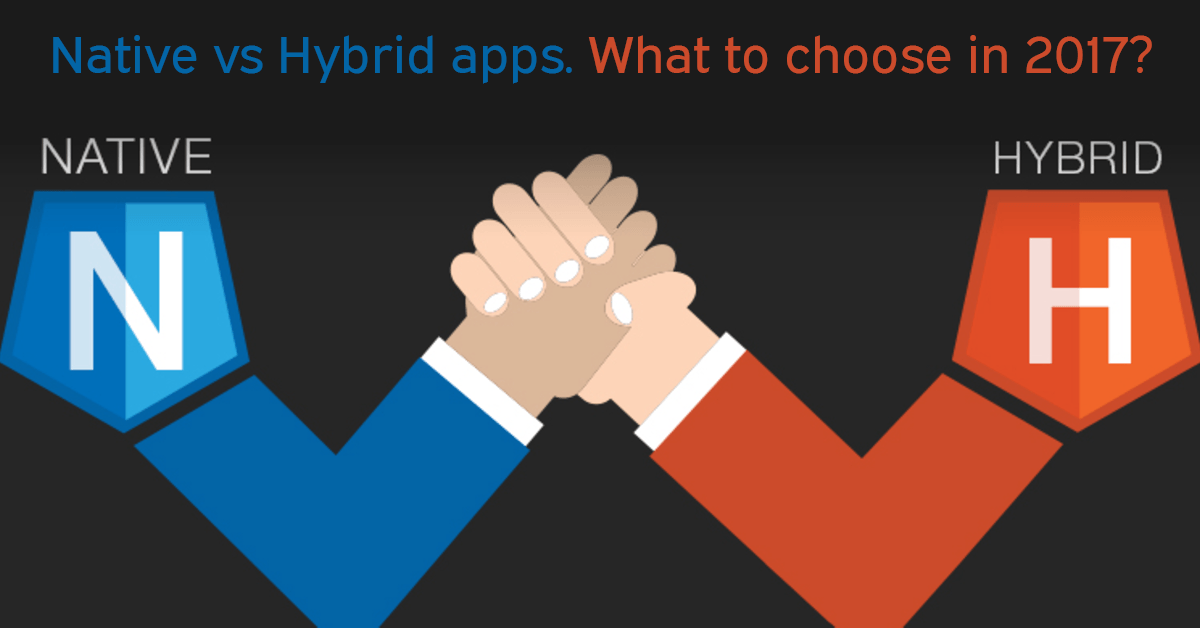 Native vs Hybrid apps. What to choose?

Tags: hybrid vs native apps, Native vs Hybrid apps, which one is better native or hybrid

Before we go deep into the discussion of Native app vs Hybrid app, let’s take a look at the current situation of mobile market. According to a latest survey, about 86% of smartphone users prefer Android OS and 14% prefer iOS. However, if you compare it with the market segment, it can happen that some customers are on iOS. Some may find Android as their targeted mobile OS. Therefore, once you are not certain about it, it’s better to opt for both.  Hence, what to build? A Native app or a Hybrid one?

Native apps are written in a programming language specific to the platform they’re being developed for. This would typically be Objective-C or Swift for iOS and Java for Android. Native apps typically have better performance with rendering and animations than hybrid apps.

A hybrid app is a mobile app that contains a web view (essentially an isolated browser instance) to run a web application inside of a native app, using a native app wrapper that can communicate with the native device platform and the web view. This means web applications can run on a mobile device and have access to the device, such as the camera or GPS features.

Hybrid apps are possible because of tools that have been created that facilitate the communication between the web view and the native platform. These tools are not part of the official iOS or Android platforms, but are third party tools such as Apache Cordova, which is used in this book. When a hybrid app is built, it will be compiled, transforming your web application into a native app.

Here is comparision of native and hybrid apps:

Native apps are what you would normally think about when you think about apps. The majority of the apps on your mobile device are native apps.

A hybrid app is a program that is built using HTML 5, CSS and JavaScript and wrapped in native container. The native container loads maximum information on the page as soon as the user navigates the application. There are plenty of native web frameworks available, which can help you build a hybrid app.

The main features of a typical hybrid app are:

There are clear and distinct advantages and disadvantages for both hybrid and native approaches, and that is why this discussion is still relevant. Speed to market, one source code, cross-compatible web technologies, easy updates, availability of resources, and lower budget costs make hybrid applications very appealing. But in the long run, the biggest detraction of hybrid apps is that a company will likely spend more time fixing and tweaking the app because of user complaints about UI elements or performance driven issues.

Additionally, native apps have the added advantage of functions that are specific to the OS on which the app is built (e.g., camera, GPS, address book, etcetera). Furthermore, a native approach offers the best in class security for a mobile application, the best performance, a highly responsive user interface, and access to all native APIs. In other words, the original investment may be higher but a company will save time and money in the long run while offering a great user experience and an industry standard app performance.

Each approach has its pros and cons but at the end of the day a native approach will have the biggest benefits for a company’s bottom line.