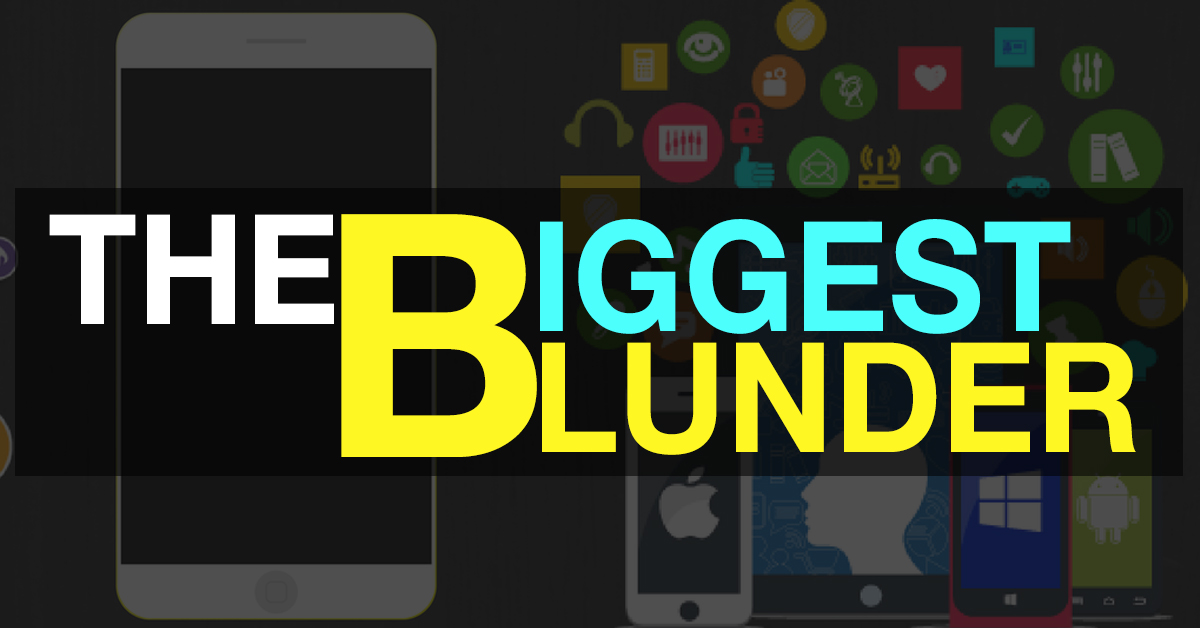 It is difficult for each one of you who develop an app as it has to face a stiff competition in the App Store. Each and every app developer knows this secret that marketing is the only way to get your app to a higher level. This is the reason app developers keep on marketing the app even after the app is released.

Here are some blunders that app developers make in marketing and fail to get their launch successful.

Pre-Launch Blunders
1. Ignoring the Market Research
Having a report about your competitors, their app name, their keywords, targeted audience, etc. can be useful for a new app developer to rank your app. Also look at the negative reviews and try to avoid them in your application.

2. Lack of the Best Feedback before launch
The best way to get a feedback before launching is app is appointing Beta testers. Appoint the Beta testers that suit proper in the targeted audience according to you app for genuine and useful reviews. You can also get help from different channels based on your field that help you recruit some Beta Testers for your app.

3. Not getting Market Involved
Although designing and developing an Application may sound difficult, your work doesn’t get over just by launching the app in market. The most crucial and neglected part of success is to plan for the Marketing Team.

Getting marketing team involved late in the field can also cause a huge risk as it is very important for the team to know each and every feature of the app.

4. No proper planning of App release dates
As the eagerness inside your team increases as you get near to the verge of the coding coming to an end. This is quite natural when you are about to launch an app, but one most important thing that most of the developers forget is pre-mentioned App release date.

App release date helps your marketing team to get everything ready and also help you in getting the press coverage.

Post-Launch Blunders
1. Not bothering about the User Engagement and Retention
Even if you are one of them who get their success spending thousands of dollars with a proper marketing plan, the involvement of your users that download the app is the most important thing to be understood. Spending some money to get some downloads in the start is not an issue but if you don’t keep an eye on the User Engagement and Retention, people will stop using your app very soon.

2. Not having a proper Measurement
It being a dream of every App developer to earn Millions of dollars from the App that they release it does not exactly indicate the success of your app. While your entire team must be wandering about the revenue obtained every day, one most important thing is being ignored. Along with the income, developers should also have a track of the favorite sector of your app, why people love to use this app, reasons that people stop using this app and after analyzing all these, you should provide proper updates that keep the users engaged with your app.