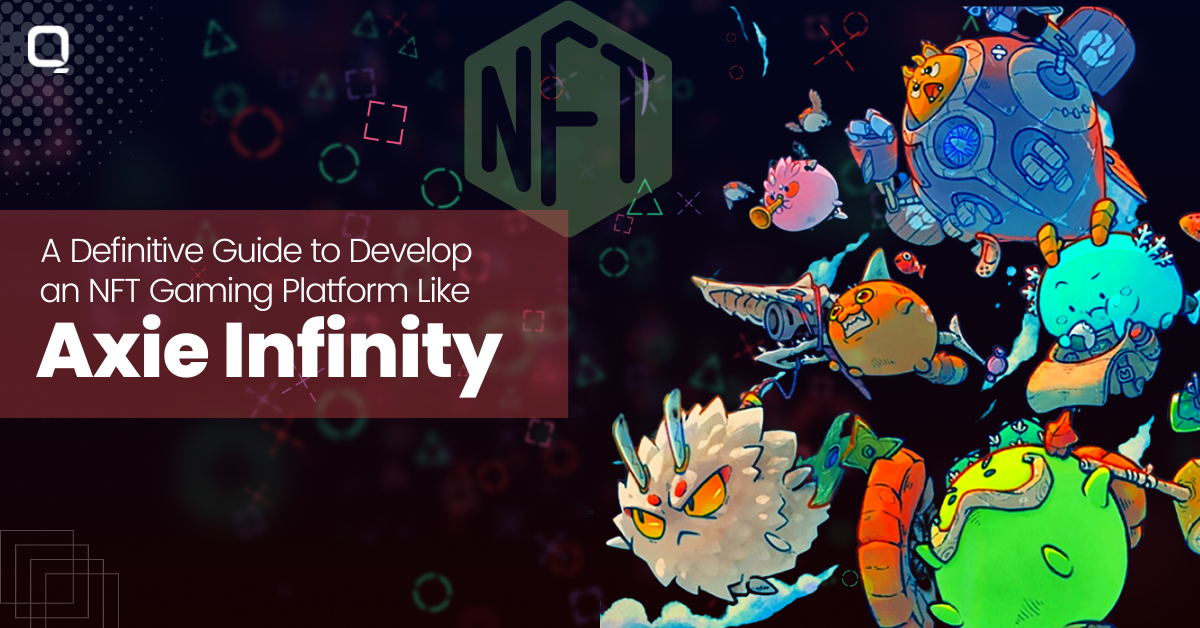 Guide to Develop an NFT Gaming Platform like Axie Infinity

An NFT game is a digital game that uses non-fungible tokens (NFTs) to represent in-game assets. NFTs are unique, indivisible tokens that can represent anything from digital art to in-game items. Unlike traditional cryptocurrencies, which are divisible and interchangeable, NFTs are meant to be unique and immutable. This makes them ideal for use in games, where players can trade and collect game items that are backed by a blockchain.

The game industry is worth $100 billion and is growing every year. Games like Axie Infinity are a big part of that growth. Some of the most popular NFT games include Axie Infinity, Crypto Kitties, Gods Unchained, and Decentraland.

These games have all been very successful in attracting players and generating excitement around the concept of NFT gaming. If you’re thinking about making a game, you may be wondering how to create a game like Axie Infinity.

The good news is that it’s not nearly as difficult as you may believe. In this blog, we’ll give you a step-by-step guide for developing a game like Axie Infinity.

Some of the key features of Axie Infinity include:

Blockchain-based ownership: Axie Infinity uses blockchain technology to allow players to own their Axies in a truly secure and decentralized way. This also allows for peer-to-peer trading of Axies without the need for a centralized exchange.

Earn rewards in AXS: Players can earn rewards in the form of cryptocurrency (AXS) for completing in-game tasks. This provides an additional incentive for players to keep playing and engaging with the game.

Training and battles: Players can train their Axies to increase their stats and prepare them for battle. Battles take place in the arena, where players can test their skills against other trainers.

Read Also: How to Develop an NFT Gaming Platform like DungeonSwap? 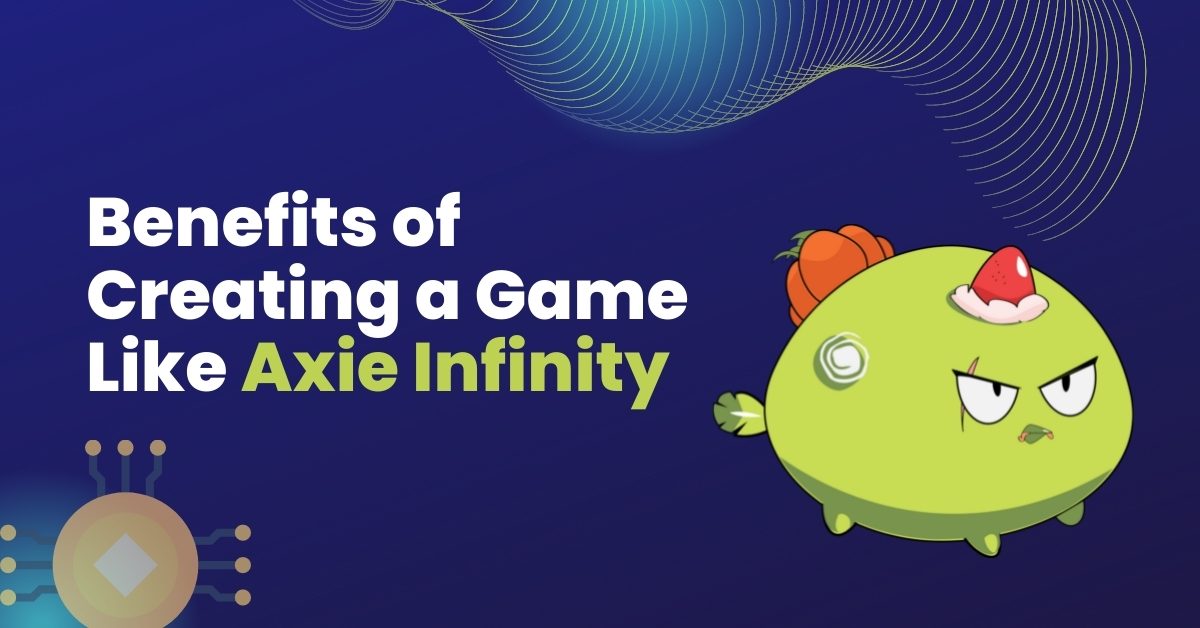 There are many benefits to creating a game like Axie Infinity, including:

In a game like Axie Infinity, players own their digital pets outright. This means that they can sell or trade them on the open market without needing approval from the game developers. This gives players a lot of control over their in-game assets and also creates a more vibrant and active community around the game.

In a play-to-earn game like Axie Infinity, players can earn real money by playing the game. This is because the game uses NFTs, which can be bought, sold, or traded for real money on the Ethereum blockchain. This type of game incentivizes players to keep playing and participating in the game community, as they can earn a real income from doing so.

Games like Axie Infinity tend to have very active and engaged communities. This is because the game’s mechanics encourage players to interact with each other, and also because the game’s economy is powered by the community itself. This creates a virtuous circle where the game’s community keeps growing and becoming more active, which in turn makes the game more successful.

Games like Axie Infinity are designed to be played for the long term. This is because they have mechanics that encourage players to keep coming back, and also because the game’s economy is powered by the community itself. This makes games like Axie Infinity more sustainable in the long term, as they are less likely to experience the “boom and bust” cycle that many other games go through. 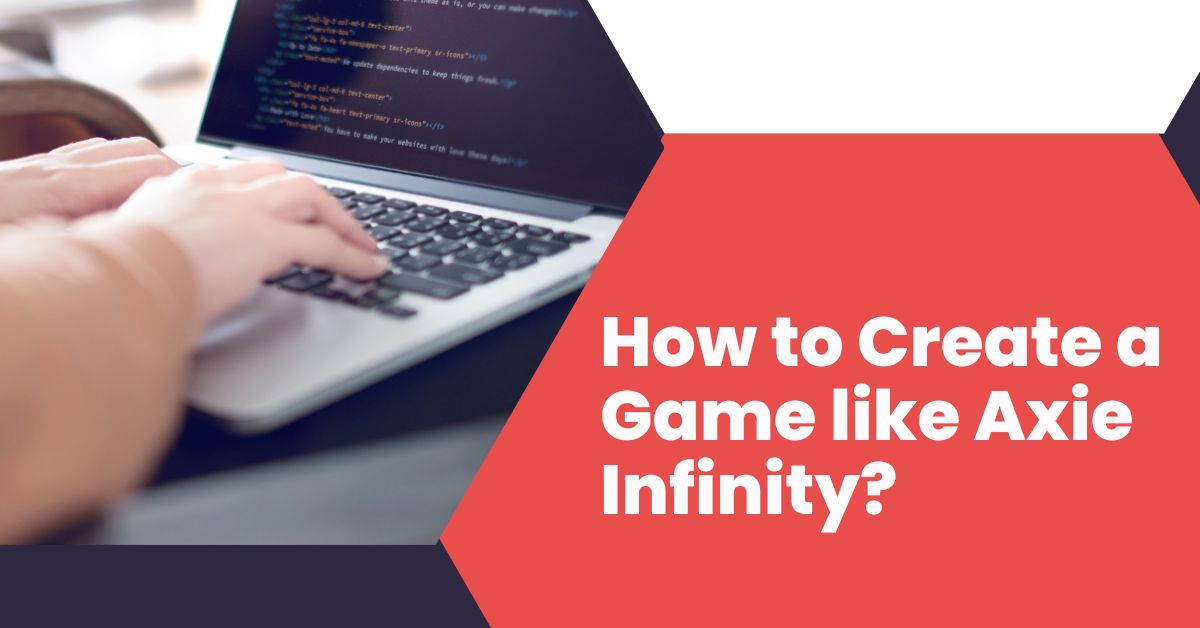 If you’re interested in creating an NFT game, there are a few things you need to keep in mind.

Come up with an idea

The first step to creating any game is coming up with an idea. If you don’t have an idea for a game, it’s going to be difficult to create one.

To come up with an idea for a game, you can start by thinking about what kinds of games you like to play. What do you enjoy about those games? What would you change about them?

Once you have an idea of the kind of game you want to make, you can start brainstorming ideas for your game. Don’t worry about whether or not your idea is good. The important thing is to get the ideas flowing.

Once you have an idea for a game, the next step is to develop a prototype. A prototype is an early version of your game that you can use to test your ideas.

Prototypes don’t have to be perfect. In fact, it’s often better if they’re not. The goal of a prototype is to test your ideas, not to create a polished game.

There are many ways to create prototypes. You can use paper and pencil, you can use game development software, or you can even use Unity or Unreal Engine.

You need to choose a blockchain platform that supports the creation of NFTs. The most popular platforms for NFT games are Ethereum, EOS, and TRON. Each of these platforms has its own strengths and weaknesses, so you’ll need to decide which one is the best fit for your game.

Once you’ve iterated on your game and made it the best it can be, the next step is to launch it. Launching your game is when you make it available to the public.

There are many ways to launch a game. You can self-publish your game, you can find a publisher, or you can use a platform like Steam or itch.io.

Want to Build a Clone to Axie Infinity Game? Connect to NFT Experts

Creating a game like Axie Infinity is a complex process, but it’s not impossible. If you have an idea for a game, the best thing you can do is start working on it. The sooner you start, the sooner you’ll be able to launch your game.

QSS Technosoft Inc. is one of the best NFT game development companies with a team of experienced developers. We have developed many successful Blockchain-based games till now.

Our team of experienced developers are well-versed in the latest technologies and trends. We use the latest tools and techniques to develop high-quality games. Our wide range of services goes from game design, and game development to launching, etc.

You can hire our blockchain game developers at flexible engagement models at affordable prices.

Contact us now to get a free quote for your game development project. 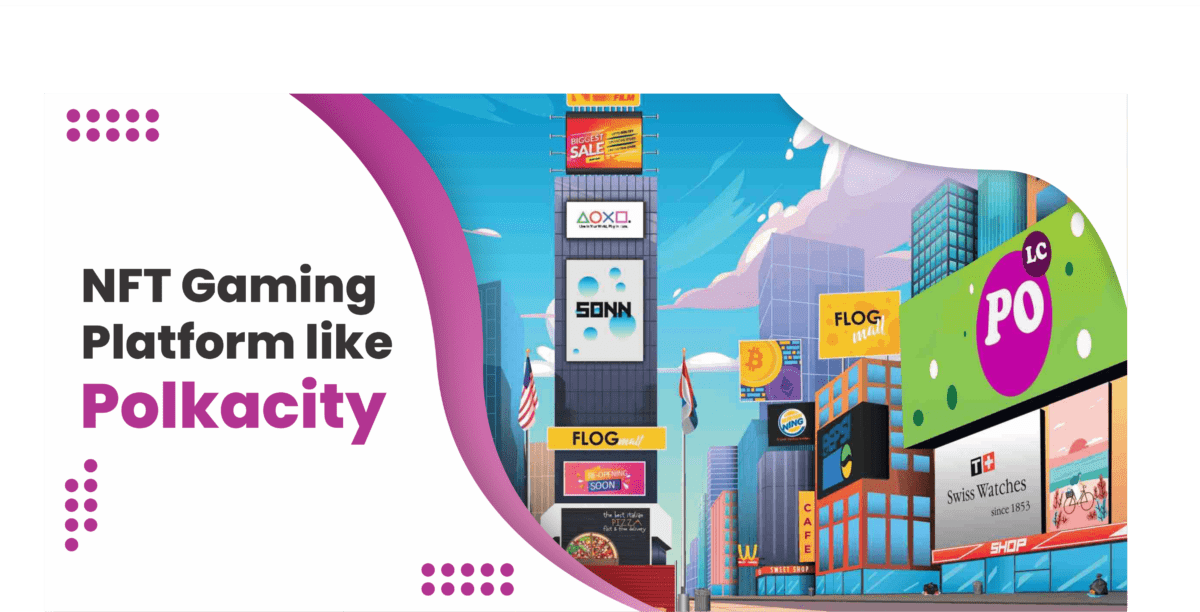 Develop a Clone to NFT Gaming Platform like Polkacity 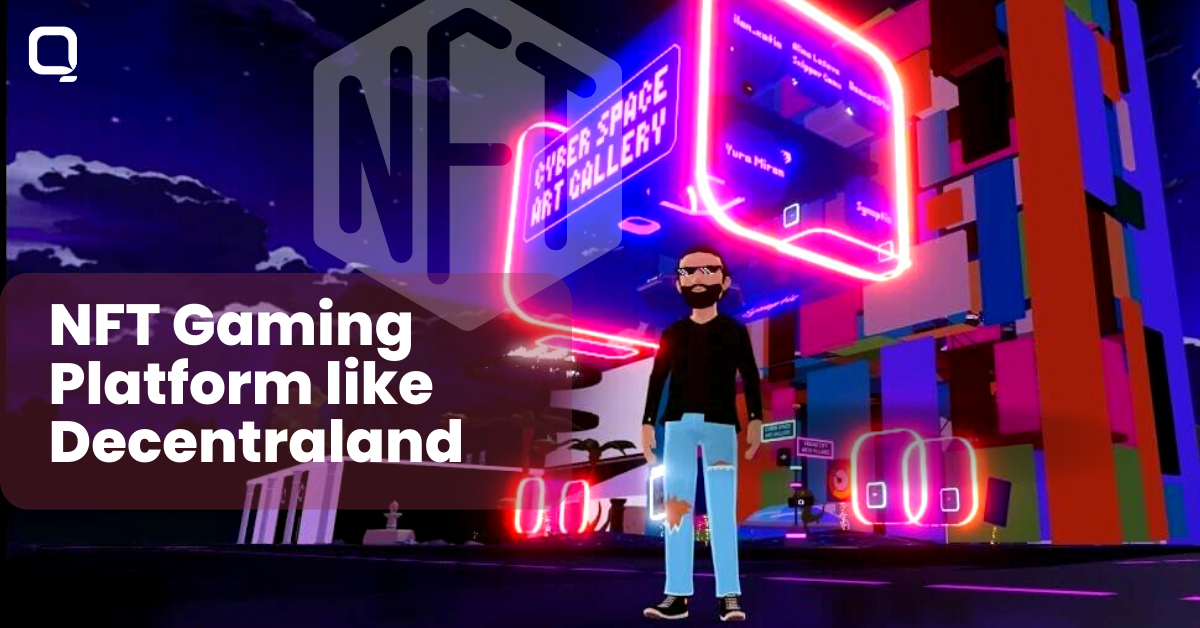 Guide to Develop an NFT Gaming Platform like Decentraland 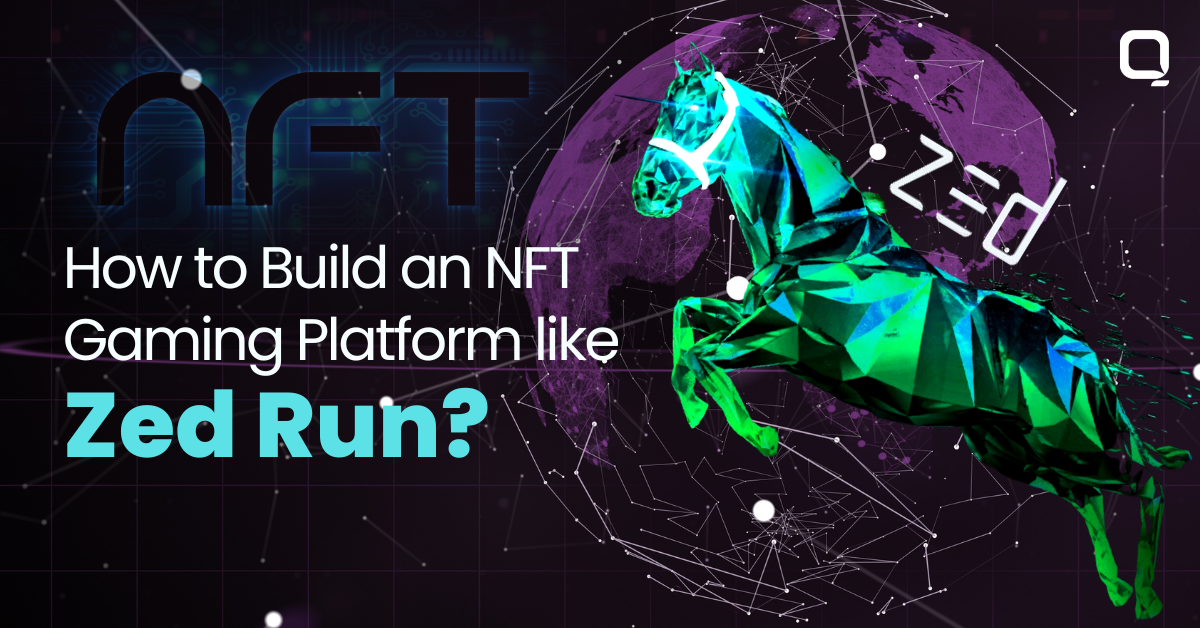 How to Build an NFT Gaming Platform like Zed Run?

An NFT gaming platform is a digital space where gamers can come together to play games and earn rewards in the form of non-fungible tokens (NFTs). NFTs are unique digital assets that can be traded, sold, or exchanged for other goods and services. On an NFT 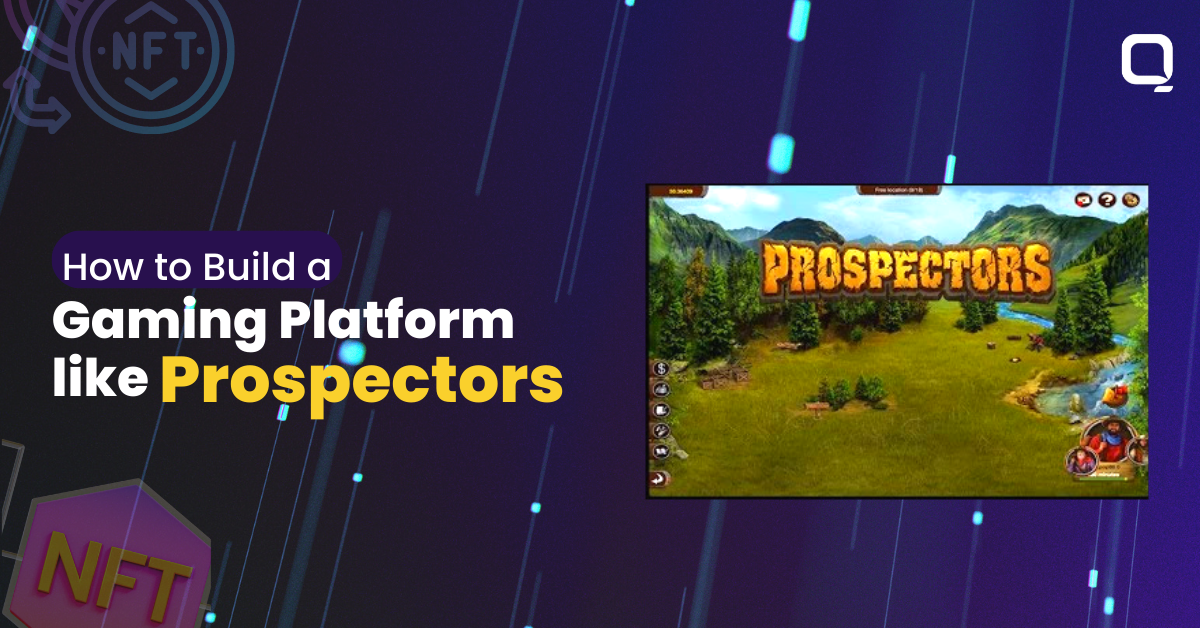 How to Build an NFT Gaming Platform like Prospectors 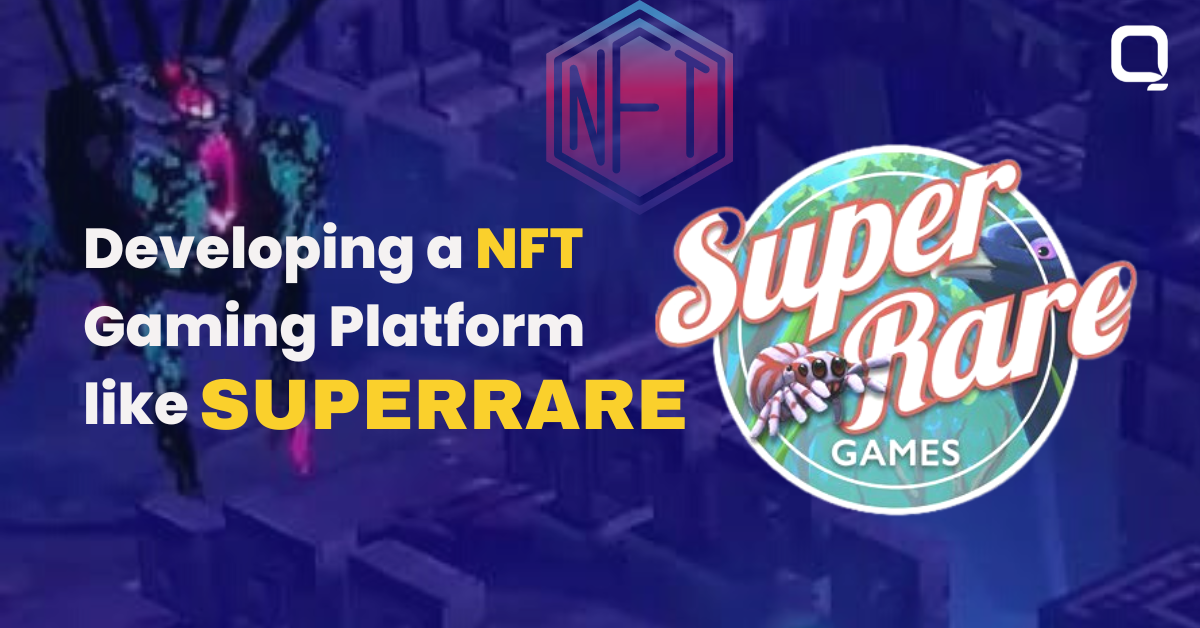 NFT Gaming Platform is a new way to play video games. Instead of relying on physical game pieces, you use digital items that are stored on the blockchain. These items can be bought, sold, or traded like any other cryptocurrency. NFT gaming platforms are 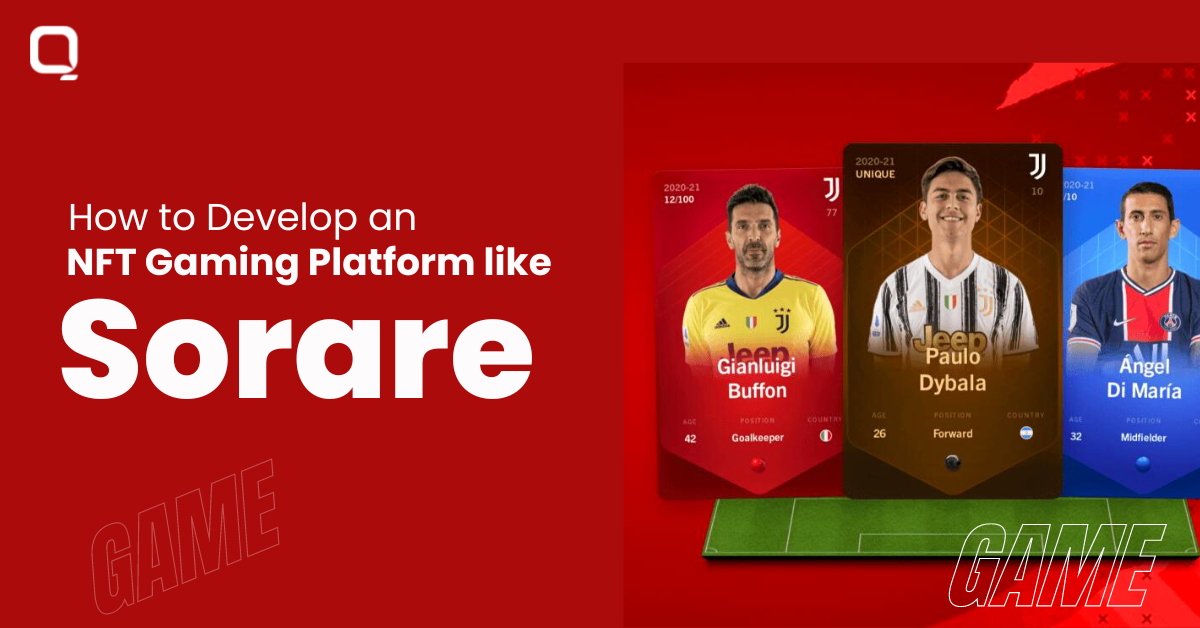 An NFT gaming platform is a digital marketplace that allows users to buy, sell, and trade non-fungible tokens (NFTs). NFTs are digital assets that are stored on a blockchain and can be used to represent anything from in-game items to digital art. NFT gaming 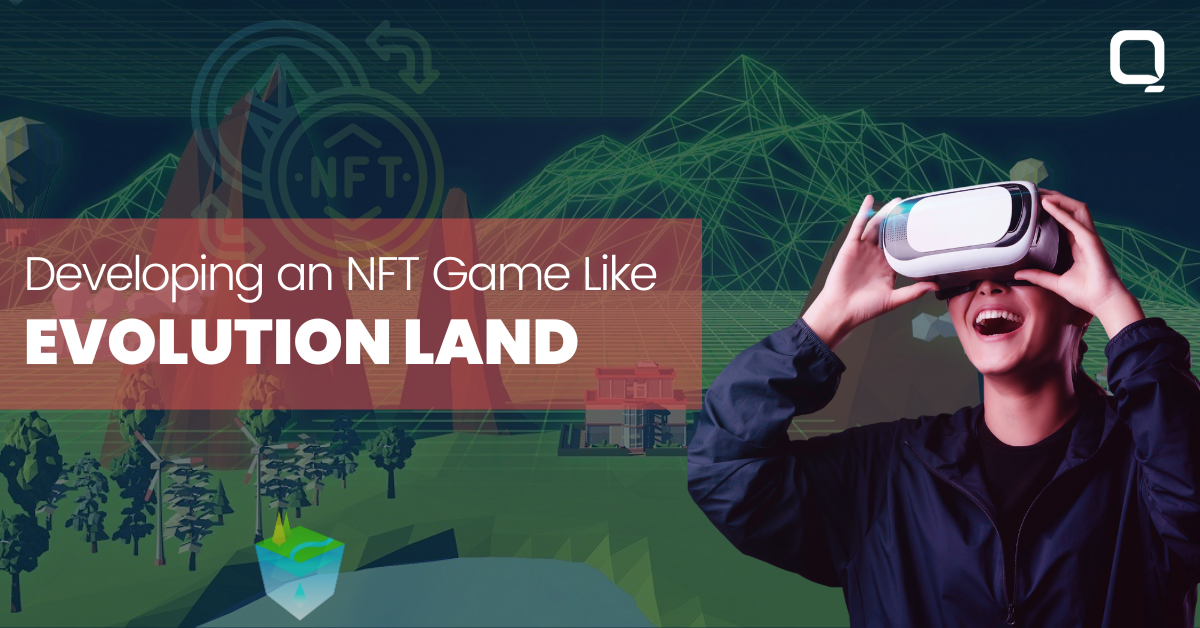 NFT gaming refers to the use of non-fungible tokens (NFTs) to create and power digital games. NFTs are unique, digital assets that can represent ownership of in-game items, characters, or other game assets. By using NFTs, game developers can create games that 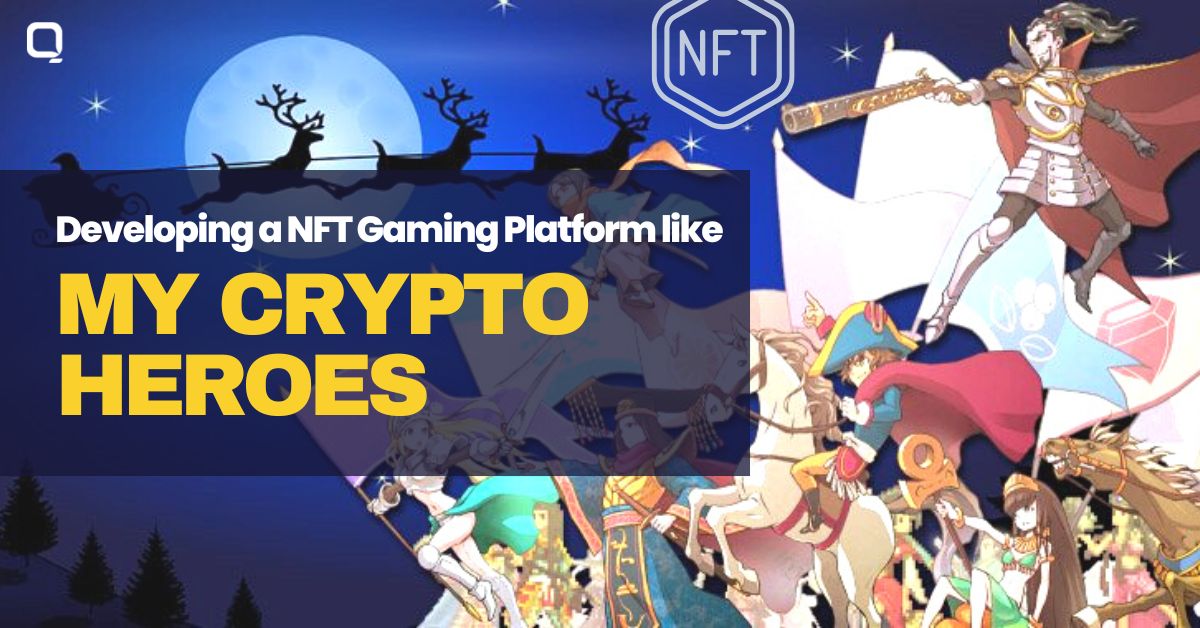 Developing a NFT Gaming Platform like My Crypto Heroes

NFT Gaming Platform is a new type of gaming platform that uses blockchain technology to create a more secure and transparent environment for gamers. My Crypto Heroes is one of the most popular NFT Gaming Platforms because it allows gamers to trade their 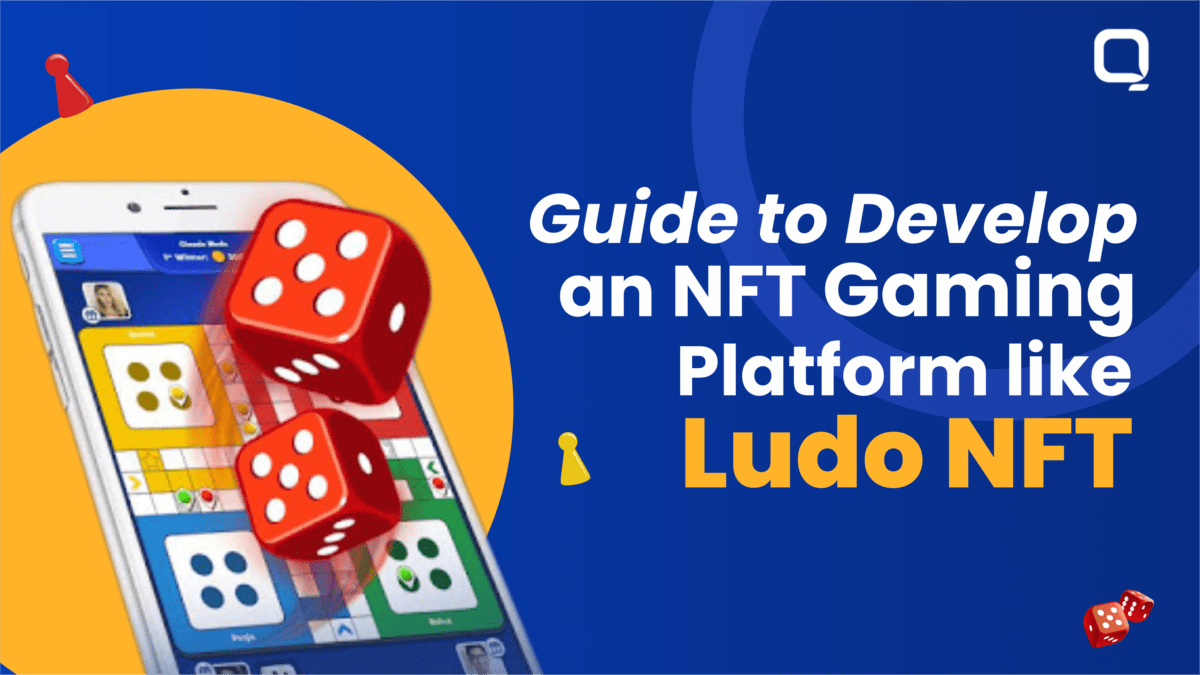 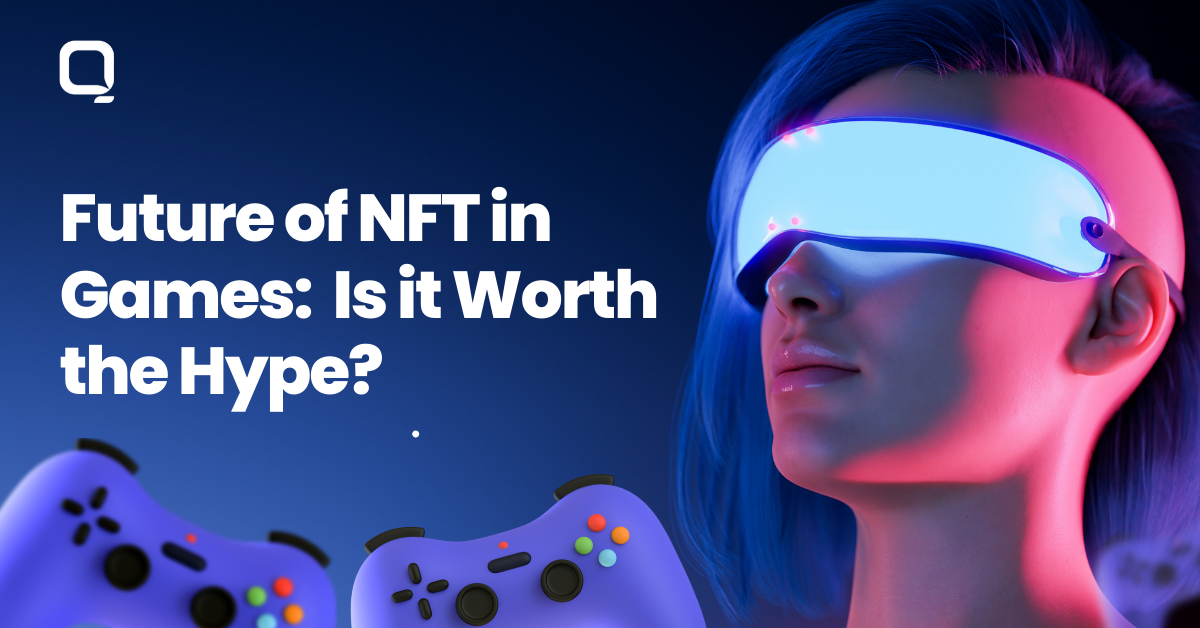 Future of NFT in Games: Is it Worth the Hype?

NFTs have brought a revolution in the gaming industry, becoming one of the fastest growing asset classes of the year. As we move ahead to an all-new kind of internet experience referred to as “Web 3.0”, gaming publishers are looking out for a new future 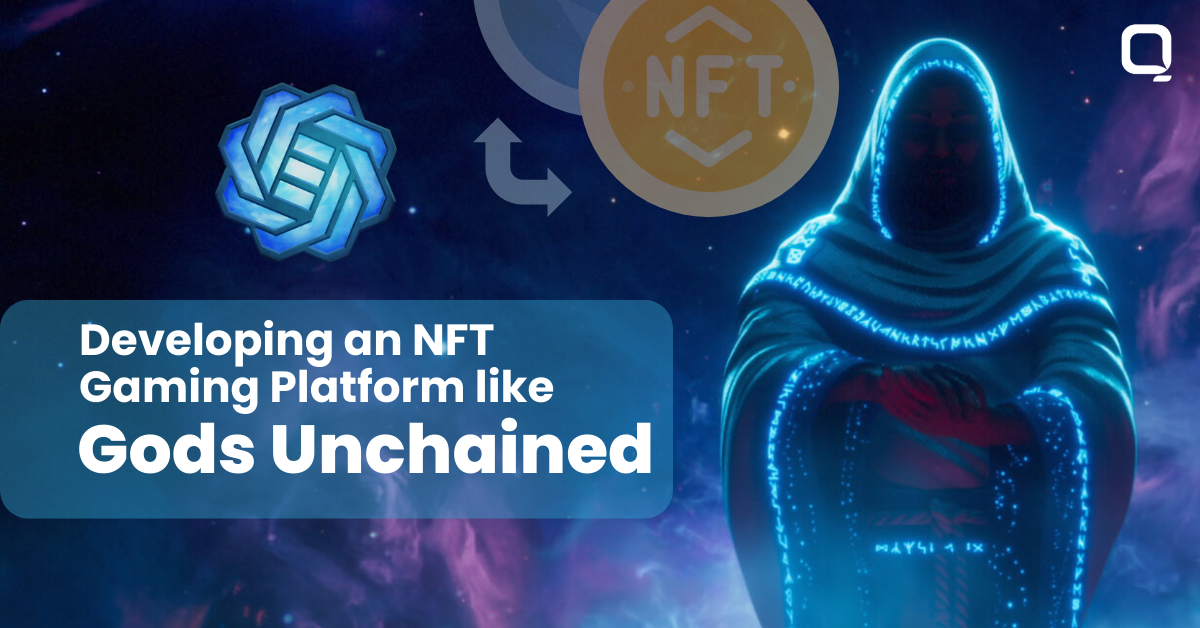