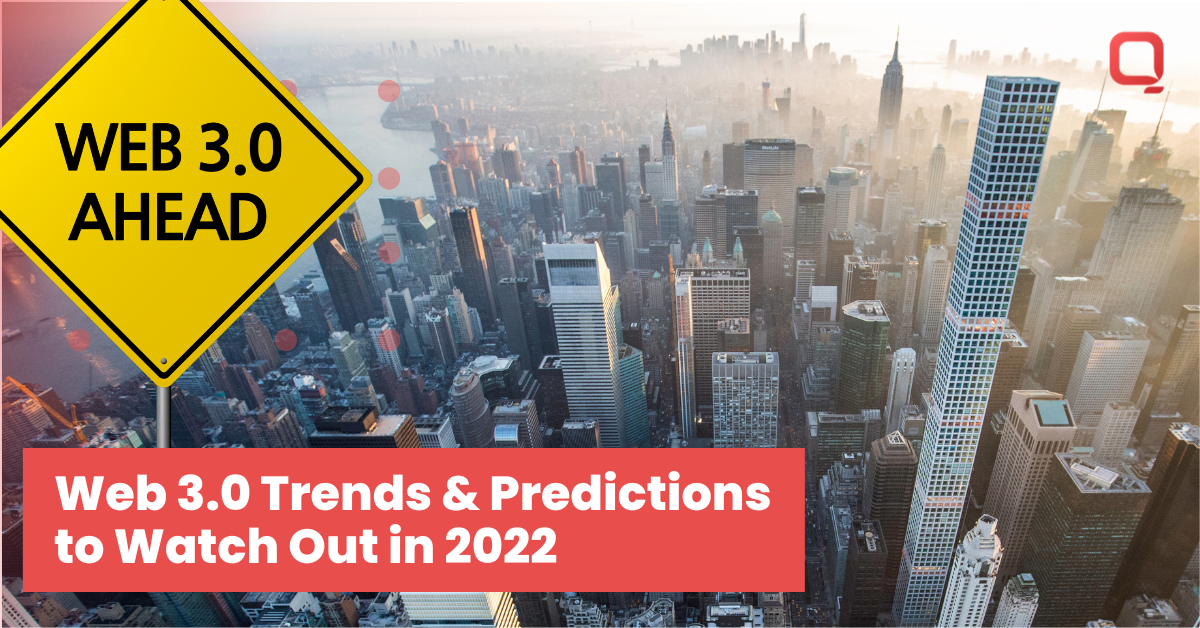 The web is constantly evolving, and so are the technologies that power it. Every few years, a new wave of web technologies emerges, paving the way for new possibilities and experiences online.

Web 3.0 is still in its early stages, but it’s already starting to shape the future of the web. The blog enlists some of the top trends and predictions for Web 3.0 that you should keep an eye on in the years to come.

One of the most important aspects of Web 3.0 is its decentralized nature. Rather than relying on centralized server farms operated by a single company, Web 3.0 technologies decentralize the web, distributing data and power across a global network of computers.

This shift away from centralization has a number of benefits, including increased security, censorship resistance, and improved fault tolerance. It also opens up a whole new world of possibilities for decentralized applications (dApps).

DApps are digital applications that run on a decentralized network. Because they’re not controlled by any single entity, they’re much more resistant to censorship and interference. Looking at the popularity, there is a vast demand for dApp developers today.

Blockchain technology is one of the key enablers of decentralization, and it’s set to play a major role in the future of Web 3.0.

A blockchain is a distributed database that stores data in a secure, tamper-proof way. This makes it ideal for applications where security and trust are paramount, such as financial transactions and identity management. Need to build one? Contact the top rated blockchain app development company.

Artificial intelligence (AI) is another major trend that’s set to shape the future of Web 3.0.

AI can be used to power all sorts of web applications, from search engines and recommendation systems to chatbots and digital assistants. As AI technology continues to improve, we can expect to see even more AI/Machine Learning applications emerge.

In addition to powering new applications, AI will also play a role in improving existing ones. For example, AI can be used to help filter and curate content, making it easier for users to find the information they’re looking for.

In the past decade, cloud technology has taken the web by storm. It has become an essential part of our lives, with many of us using cloud services on a daily basis. Cloud technology is constantly evolving, and its impact on the way we live and work is growing.

Web 3.0 is the next generation of the internet, where users will be in control of their own data. The rise of cloud technology is one of the biggest trends that will shape this new internet.

Cloud technology allows users to store and access data on remote servers, making it more accessible and scalable than traditional methods. This trend is already reshaping the way we use the internet, and it is only set to grow in the years to come.

Data is one of the most valuable commodities on the web, and that’s only going to become more true as we move into the Web 3.0 era.

As more and more data is generated by our devices and online activity, companies will increasingly seek ways to collect and monetize this data. We’re already seeing this happen with targeted advertising and other personalized services.

At the same time, users are becoming more aware of the value of their data. As a result, we can expect to see a shift towards data-sharing models that are more transparent and fair to users.

Privacy and security are two of the most important issues facing the web today. As we move into the Web 3.0 era, we can expect to see improvements in both areas.

One of the key enablers of this will be blockchain technology. Because blockchain is tamper-proof and decentralized, it’s ideally suited for applications that require a high degree of security, such as identity management and data storage.

The shift to a more decentralized web will also lead to the emergence of new business models.

In the past, most companies have relied on centralized platforms, such as social media networks and app stores, to reach their customers. But as these platforms become more decentralized, companies will need to find new ways to reach their target audiences.

One promising avenue is the development of so-called “tokenized” applications. These are applications that use blockchain-based tokens to incentivize users to participate in and contribute to the network.

The shift to a decentralized web will also require the development of new standards.

In the past, most web standards have been developed by centralized organizations, such as the World Wide Web Consortium (W3C). But as the web moves towards decentralization, there will be a need for standards that are developed in a more decentralized manner.

One possibility is the development of open-source standards. These standards would be developed by a community of developers, rather than by a single organization.

Conclusion- The Future Is Open with Web 3.0

The future of the web is open. The open nature of the future web will lead to more innovation and creativity. It will also enable users to have more control over their data and how it’s used.

So what does the future hold for the web? Only time will tell. But one thing is for sure: the future is open. 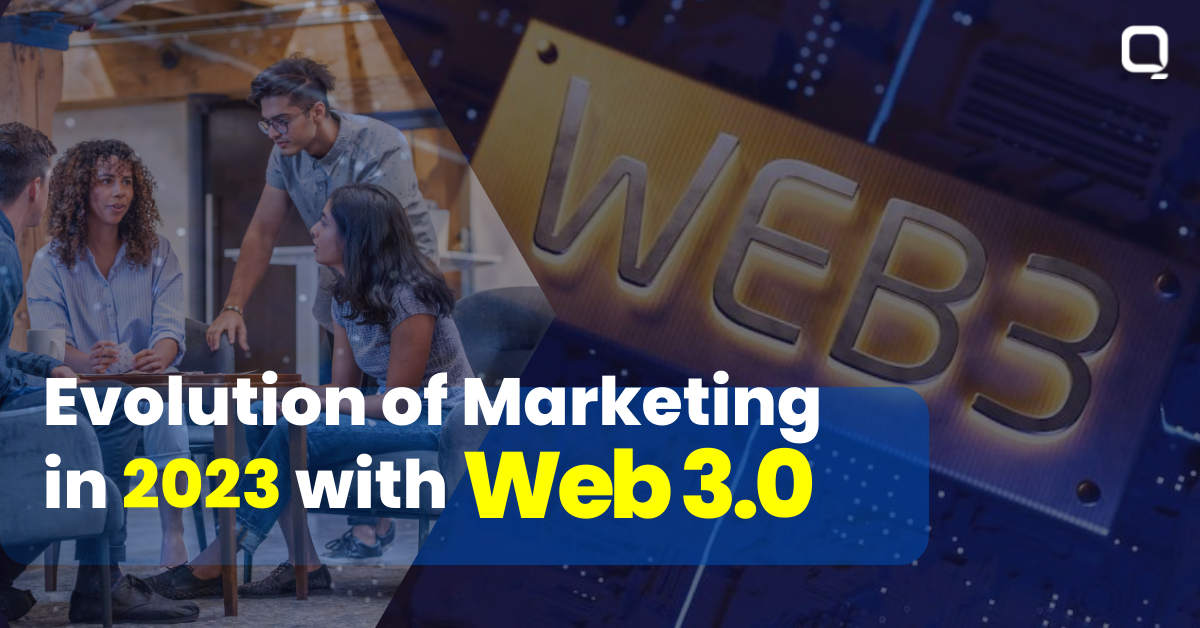 Web 3.0 is the third generation of the World Wide Web that focuses on the idea of a decentralized web. The aim of Web 3.0 is to provide users with more control over their data and online identities, as well as improve the security and privacy of the web.  In 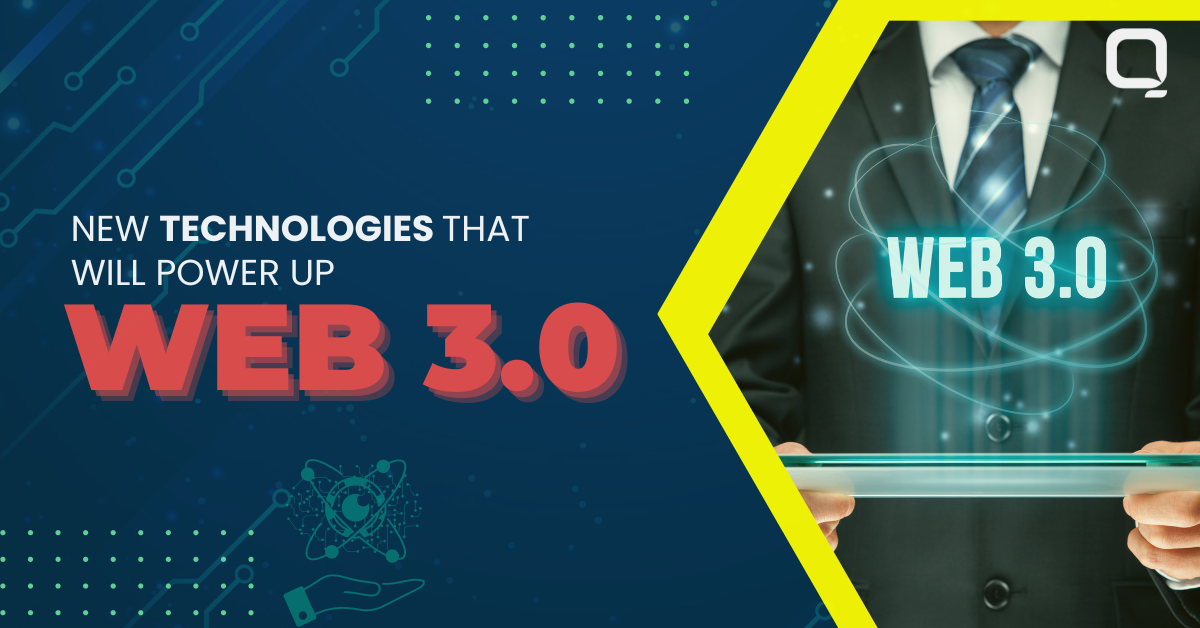 New Technologies that will Power up Web 3.0 Movement

There’s no doubt that the internet has come a long way since its inception. What started as a simple network for exchanging information has transformed into a global platform for communication, commerce, and entertainment. And while the internet has 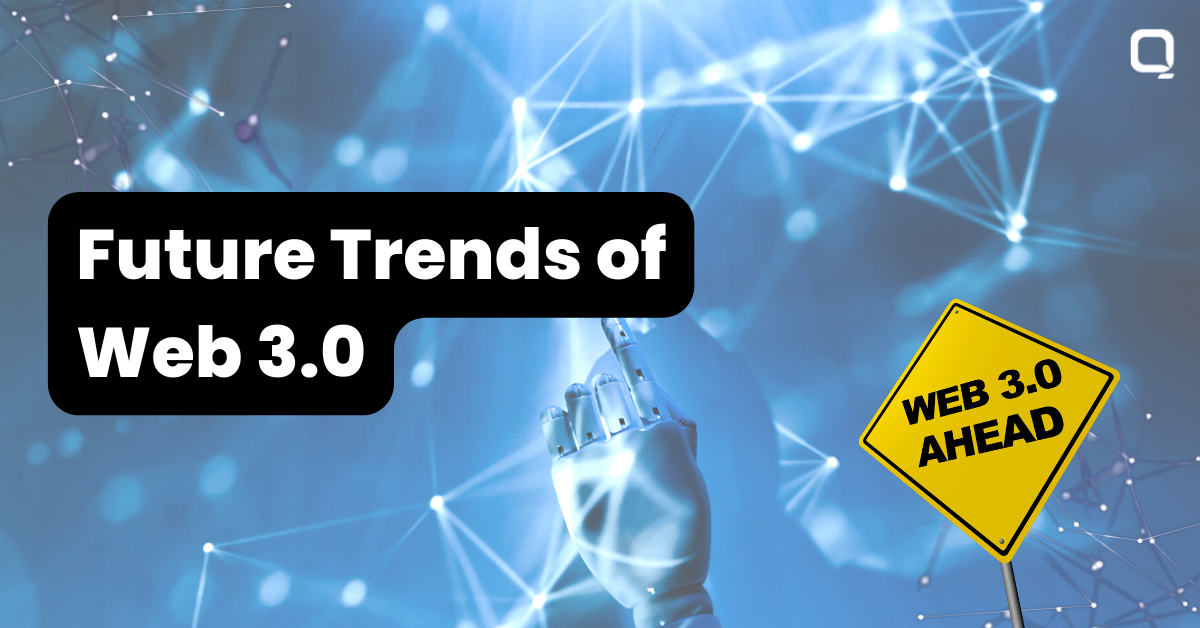 Future Trends of Web 3.0 that will Revolutionize the Digital World

Web 3.0 is the third generation of the World Wide Web (WWW), and it is also known as the Semantic Web, Web of Data, or Linked Data. It is a way to store and share data on the Internet that is easy for humans and machines to read and understand. Web 3.0 has 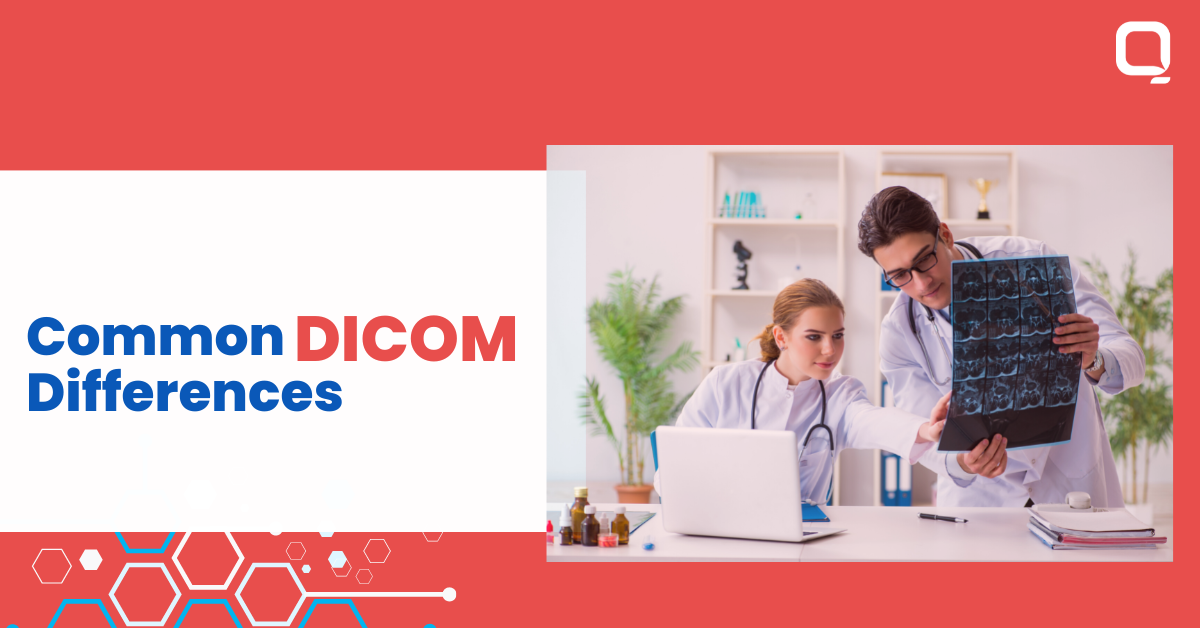 DICOM, or Digital Imaging and Communications in Medicine, is a standard for storing and transmitting medical images. DICOM files can be stored on PACS servers, which makes them accessible to doctors and other medical professionals who need to view them. DICOM 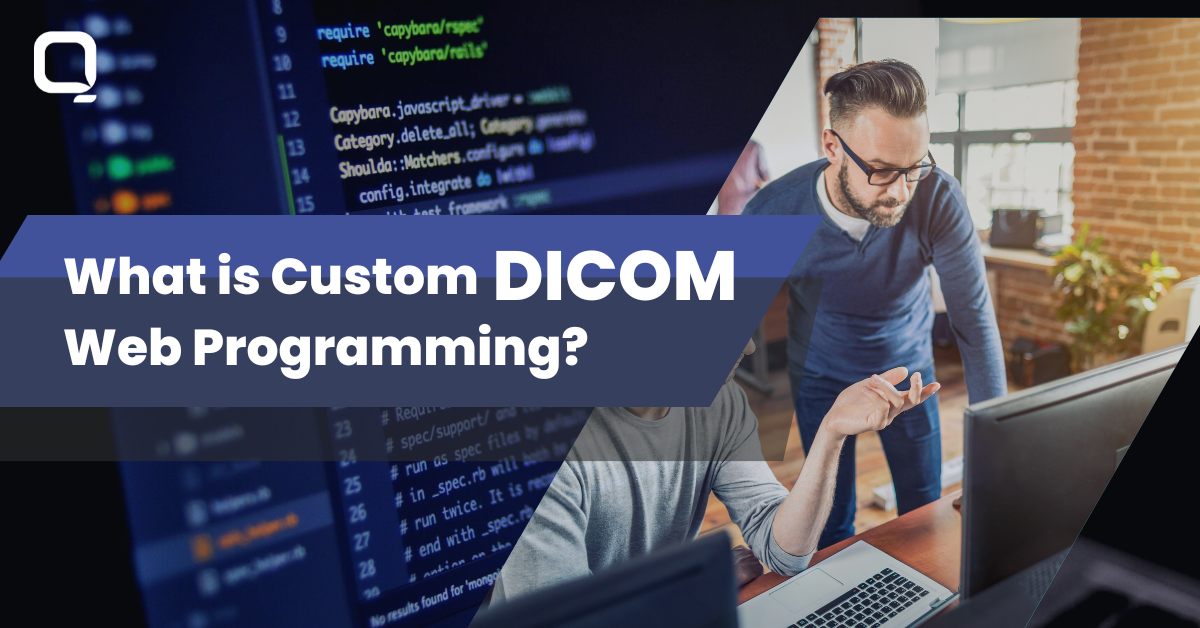 What is Custom DICOM Web Programming?

Custom DICOM Web programming is the process of creating software that can be used to view, store and manipulate medical images that are in the DICOM format. This type of programming is often used by hospitals and other healthcare facilities to allow their 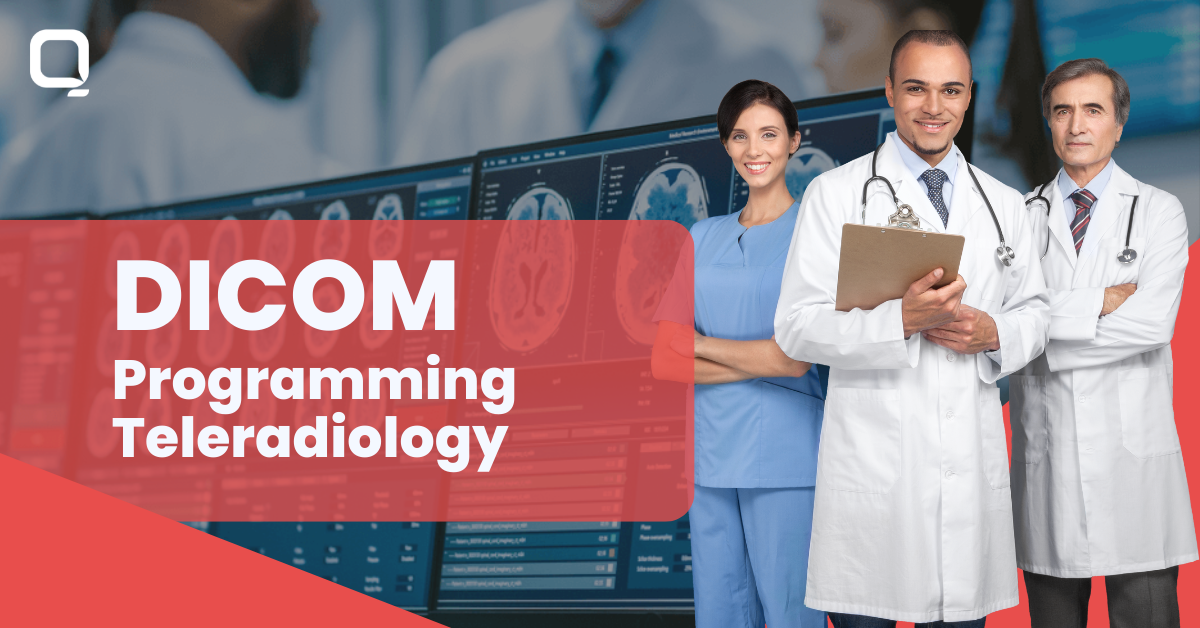 DICOM programming teleradiology helps to manage and store medical images in a secure environment. This type of service is often used by radiologists and other medical professionals in order to keep track of their patient’s progress and treatment 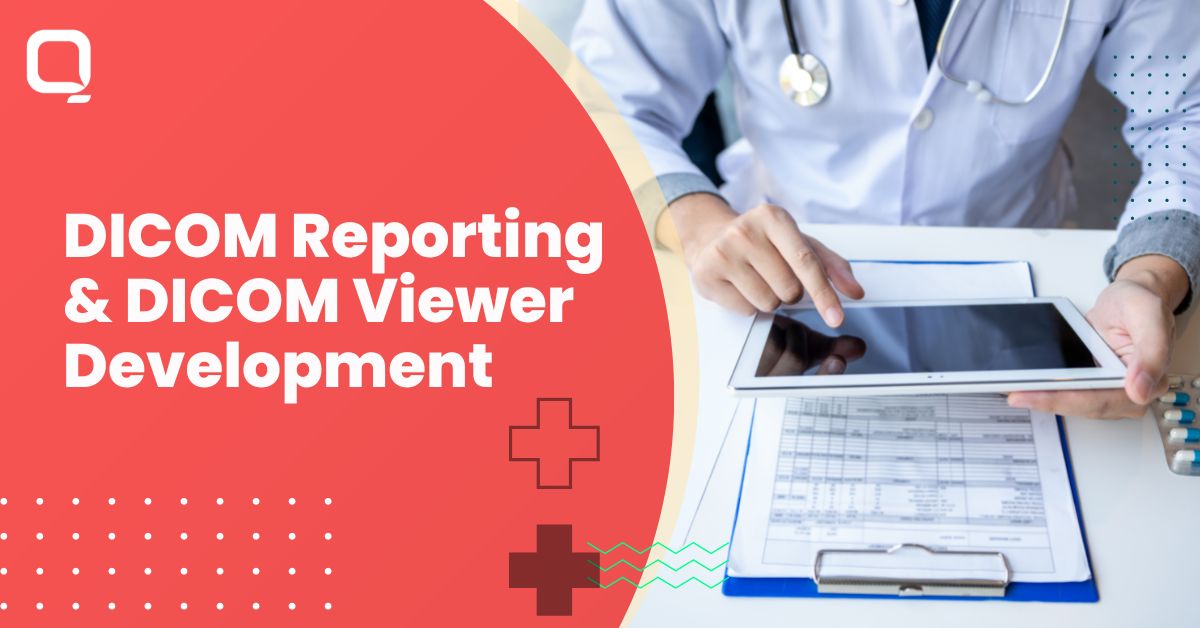 DICOM Reporting is a standard for exchanging radiology reports between hospitals and other healthcare facilities. It allows different facilities to share patient information and results of diagnostic imaging exams, such as X-rays, MRIs, and CT scans. DICOM

DICOM Data Migration is the process of moving DICOM images from one location to another. This can be done for a variety of reasons, such as when you need to upgrade your PACS system, or when you want to move images to a new storage location. There are a few 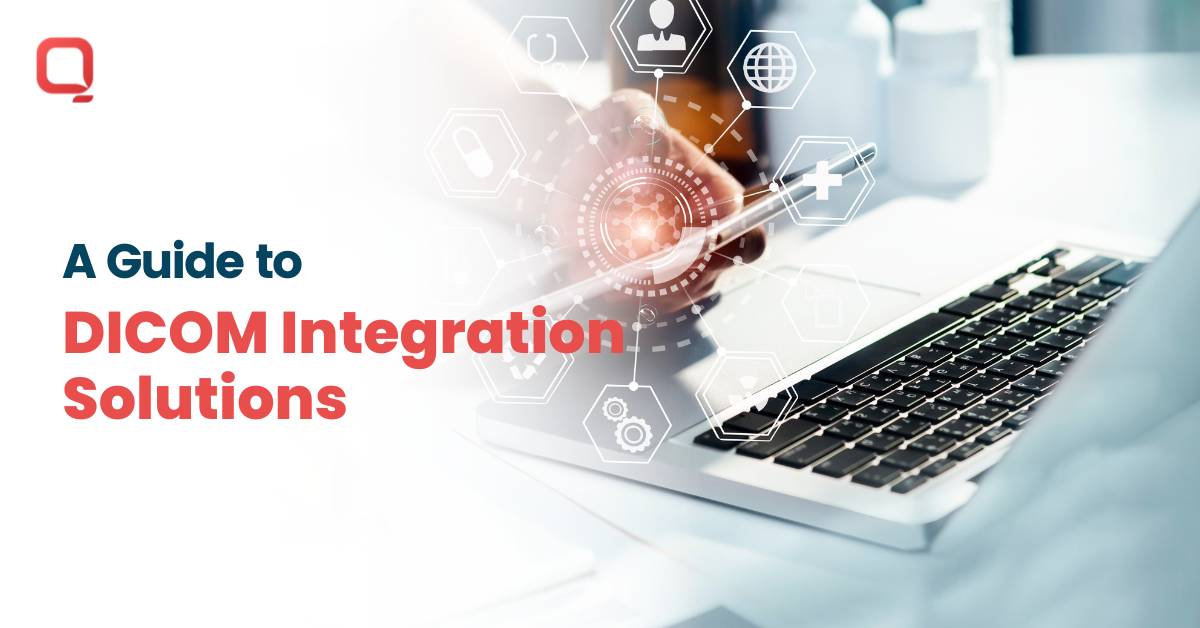 A Guide to DICOM Integration Solutions

DICOM Integration Solutions is a set of software tools that enables the integration of medical images and information from multiple sources into a single, cohesive system. The solutions allow for the capture, storage, retrieval, and analysis of medical images 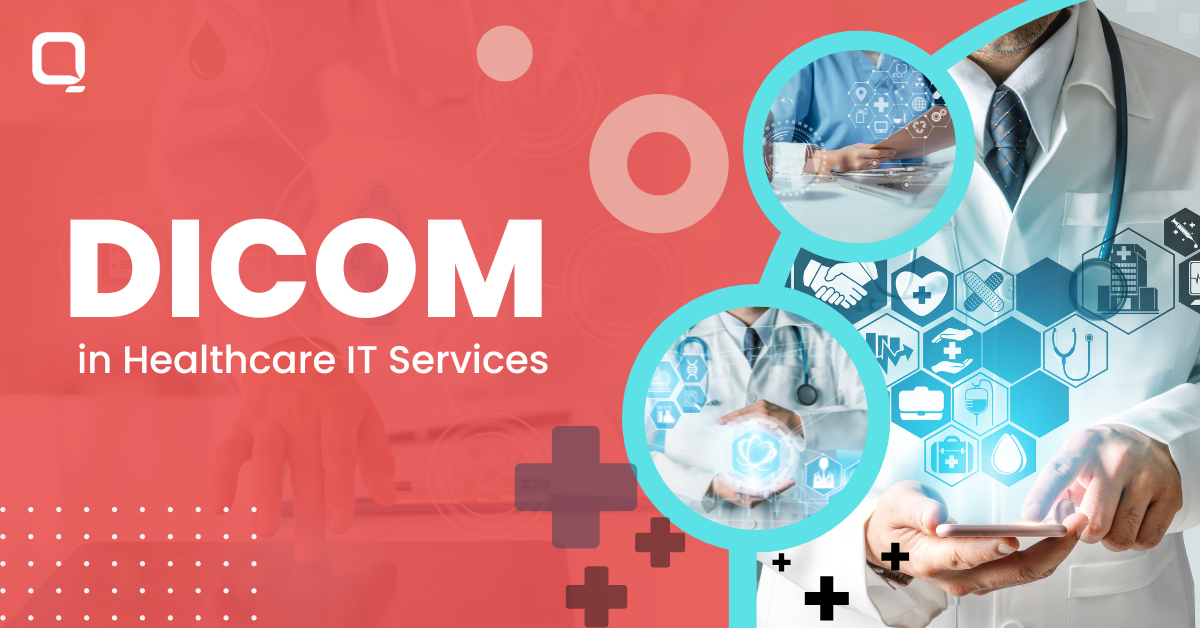 How DICOM Plays an Integral Role in Healthcare IT Services

DICOM, or the digital imaging and communications in medicine standard, is a set of guidelines and protocols for how medical images and related information should be stored, shared, and transmitted. DICOM in healthcare IT is used to improve 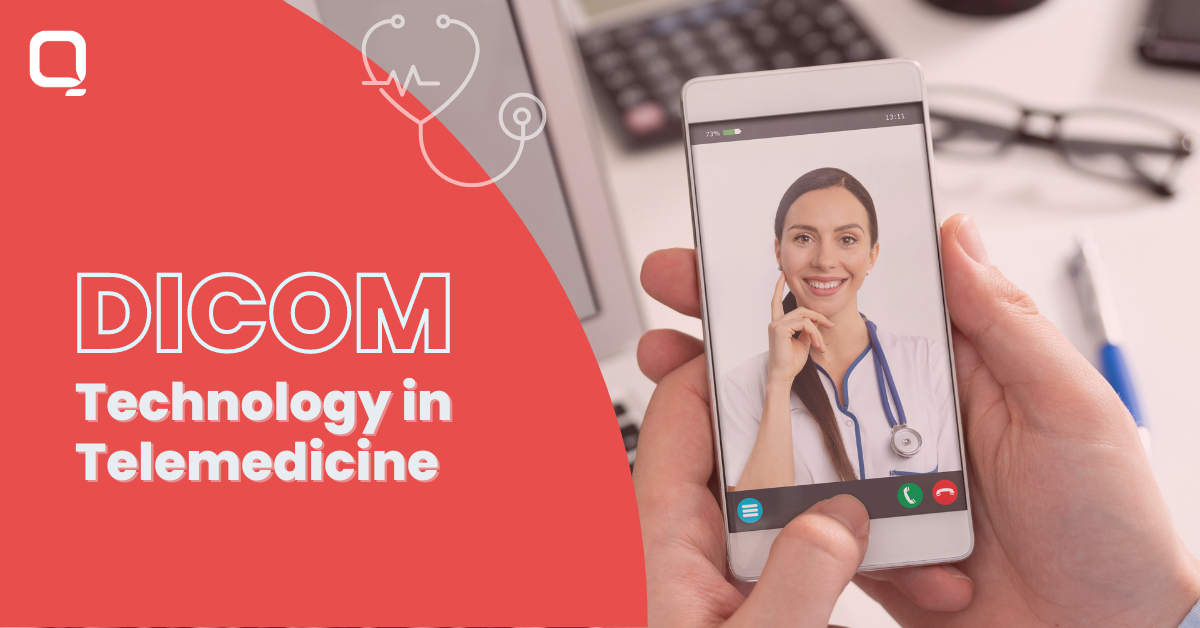 Telemedicine is the most cost-effective and efficient system to provide the “best possible healthcare” to people worldwide. However, there were many other issues that need to consider in order to make healthcare services easily accessible to 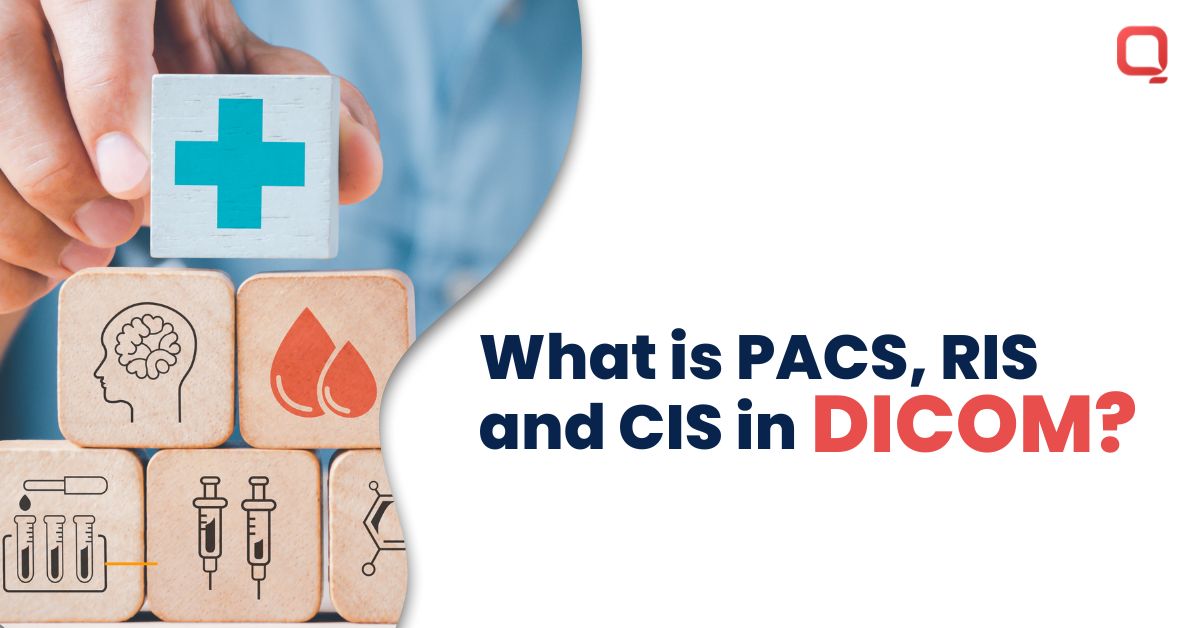 What is PACS, RIS and CIS in DICOM?

DICOM, or the Digital Imaging and Communications in Medicine standard, is a set of rules and guidelines for storing, transmitting, and displaying medical images. PACS, RIS, and CIS are all systems that use DICOM to store and manage medical images.