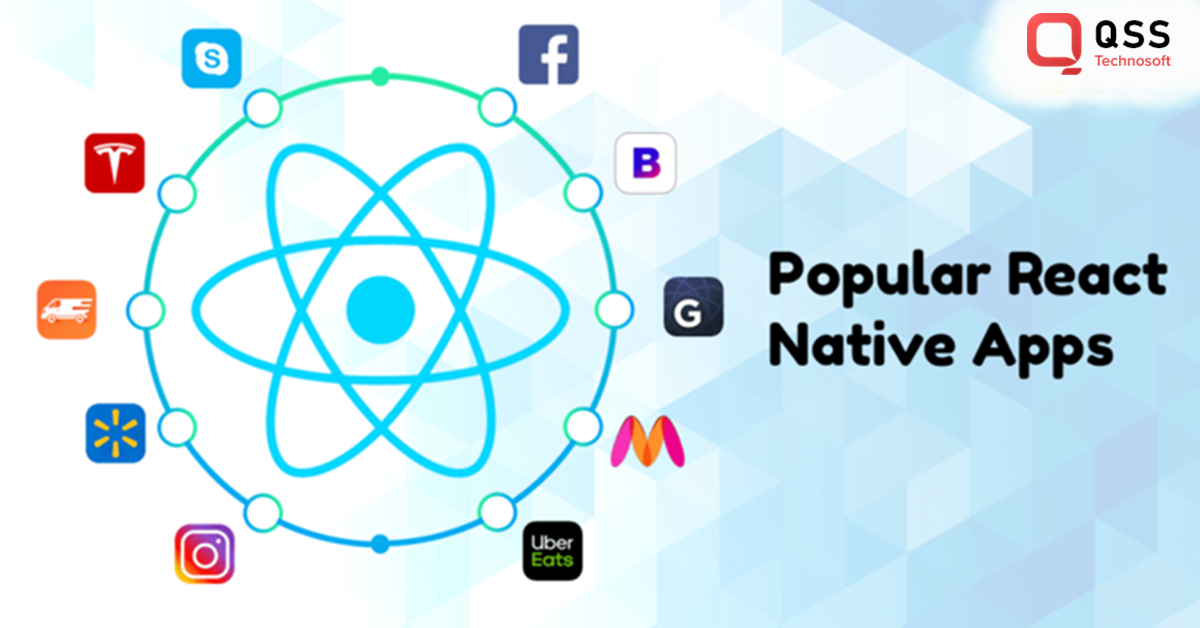 React Native technology is a trending framework for Android and iOS app development these days. Introduced by Facebook in 2015, developers today are making the most of modern web techniques on mobile. A total of 1,408 contributors for React Native is enough to glorify the acceptance and potential of this framework amongst the mobile app developers around the world.

Being a JavaScript framework, it is designed for building genuinely native apps for cross platforms (iOS and Android). React Native app well satisfies today’s mobile app development market needs offering better user experience, faster development and multi-platforms run. The technology allows creating apps using only one paradigm for all platforms. React Native allows accelerating the process of building apps across different platforms by reusing most of the code between them.

The ever rising popularity of React Native can also be witnessed at app stores where you’ll find numerous React Native Apps highly popular among users. From startups to Fortune 500 companies, React Native is the preferred choice for mobile app development company. In this blog we have listed the ever exciting benefits of React Native framework and the popular apps that are built using React Native.

Future of React Native is Magnificent

React Native is built for the main purpose to bring the power of React to native mobile apps development. React Native components are side-effect-free functions that return what the views look like at any point in time.

Before React Native was developed by Facebook, mobile applications were mostly developed either through the native platform’s development environment or through cross-platform solutions like Ionic and Apache Cordova, Xamarin, etc.

These solutions, though good, lacks in certain areas. React Native introduction in 2015 resolved a lot of problems developers were facing. Till now, several apps have been developed with this framework and are being used by the world’s top companies and tech giants, some of them being listed below:

Bloomberg is a popular news aggregator app that offers users the news related to global business and finance. Bloomberg team adopted React Native for their mobile app development after developing and updating the versions of iOS and Android app individually. A thorough testing of the React Native prototype was done before the technology was adopted for simultaneous updation of cross-platform apps. Reasons for developing it over React Native platform are:

Gyroscope is a healthcare app built on React Native platform. It enables users to see & track their health concerns like footsteps, heart rate, meditation activities, productivity on computer, weight loss, sleep tracker and a lot more. Here are the other features of this app:

React Native is surely an amazing UI and UX to both Android and iOS apps. Myntra is the perfect example how an online shopping portal on mobile look like. From the look and feel awesome user experience, the app makes shopping on mobile quite convenient & easy. The app presents the beautiful presentation of catalogs, profiles, a hassle free order placement and much more.

A small part of UberEats is built on React Native. The technology has added a significant experience for the users in terms of UI and UX. React Native offers a profound dashboard to the app for restaurants including functions like sound notifications, push notifications etc.

The UberEats app developed by Uber is a platform that enables its users to order food online and have it delivered to them. Building their food delivery app using React Native came out to be a smart and successful solution as:

Instagram- a popular social networking platform that allows sharing photos and videos with friends and families, has recently moved their existing app to React Native technology. Since the app earlier has got simple UI, so adopting a new technology was comparatively easier. Adopting React Native enabled an easy maintenance for Instagram app on both platforms-Android and iOS. Integrating React Native into existing native app offers following advantages:

Walmart-world’s largest online retailer, always seek ways to improve customer experience by trying new technologies. The retail chain has introduced Node.js into their tech stack but revised it into React Native. Walmart’s app is more versatile now and enables you to get delivered things in just two days. Some of the best features, Walmart app users are enjoying on, include:

Delivery.com is another retail delivery app enabling customers to order online from their preferred online shops or restaurants. Every day more than one million customers order food or other products online from various platforms via Delivery. Headquartered in New York US, delivery.com help customers shop & grow ecommerce business.

Delivery chose React Native to allow you link the plugin with a native module, so you can connect the map up with the device’s functions like rotate, zoom, and the compass, while utilizing less memory and load faster. This can help you keep the app running smoothly even if your app supports previous operating systems.

Tesla is the big name in the electrical motor industry. This motor giant has also adopted the React Native in developing its Tesla app. The Tesla mobile app allows its users to control their cars remotely. You can even monitor the charging progress of your Tesla, you can start or stop charging, with just a click from the app.

The Tesla app now has a beautiful dark-themed UI that gives it the appearance of a game. One can find the app on both the Google Play Store and the App Store.

Skype is a telecommunications application mostly used for video chats and voice calls over the internet, between devices like phones, PCs, and smartwatches. Skype is owned by Microsoft that has its own framework called Xamarin. Still, Skype is converted to React Native for cross-platform mobile development.

React Native integration not only saved money on schedule and assets of skype, but also made Skype quicker additionally captivating as a mobile application.

Looking to Build Your Business App with React Native?

The examples above clearly prove that React Native has got vast potential for mobile app development of any scale and for any business. If you too have an app idea that you want to build on this amazing technology then we can help you! Connect to Industry Experts for the best React Native development services for your dream project!

Contact us for an in-depth discussion about your project! 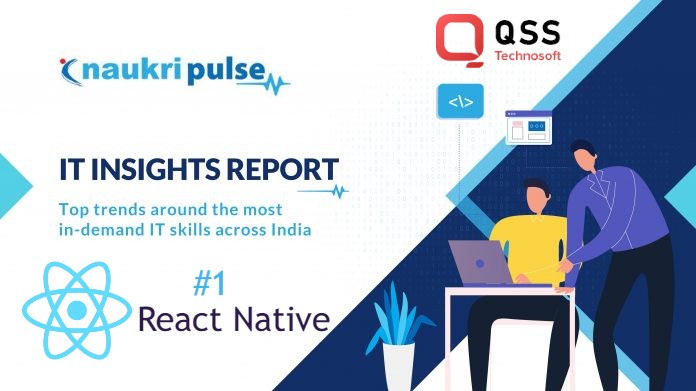 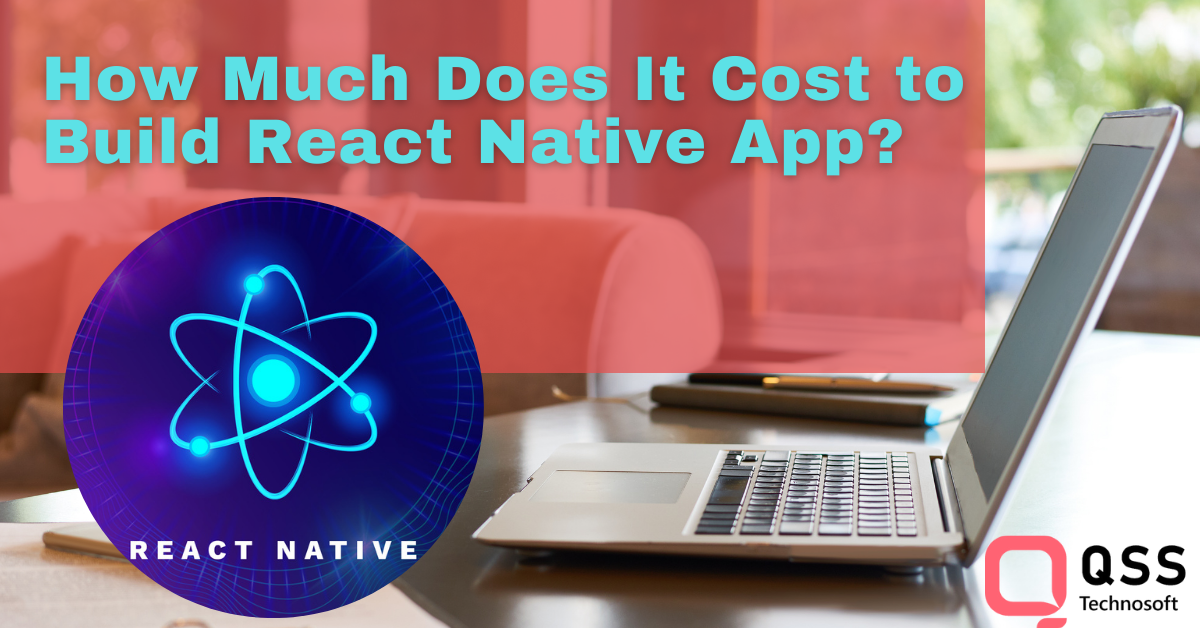 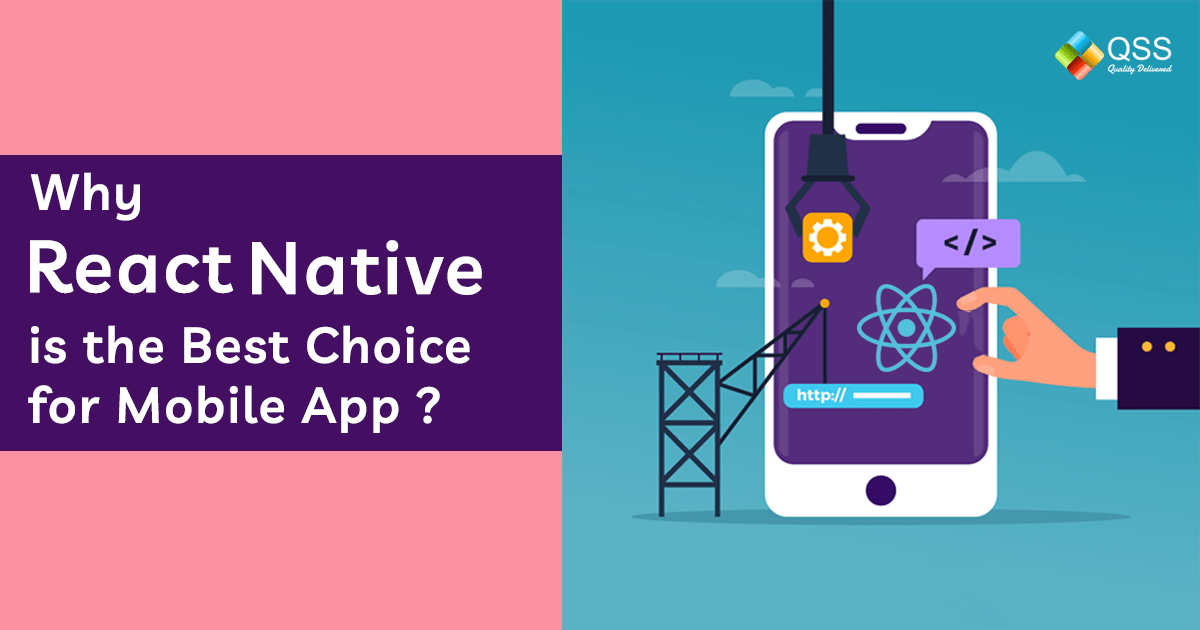 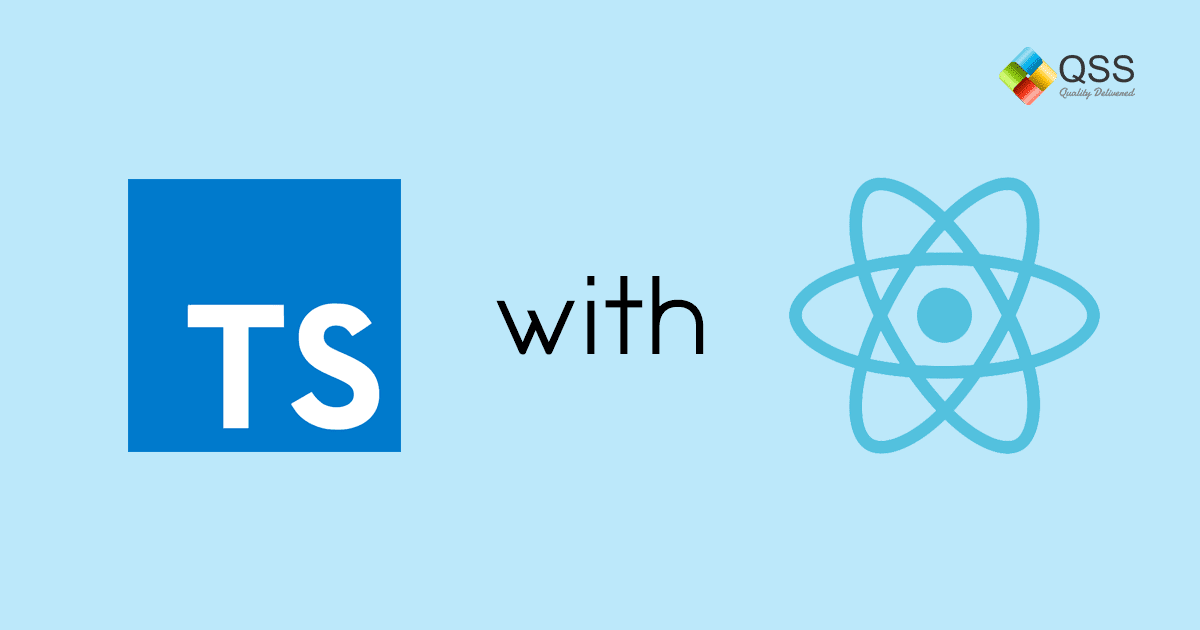 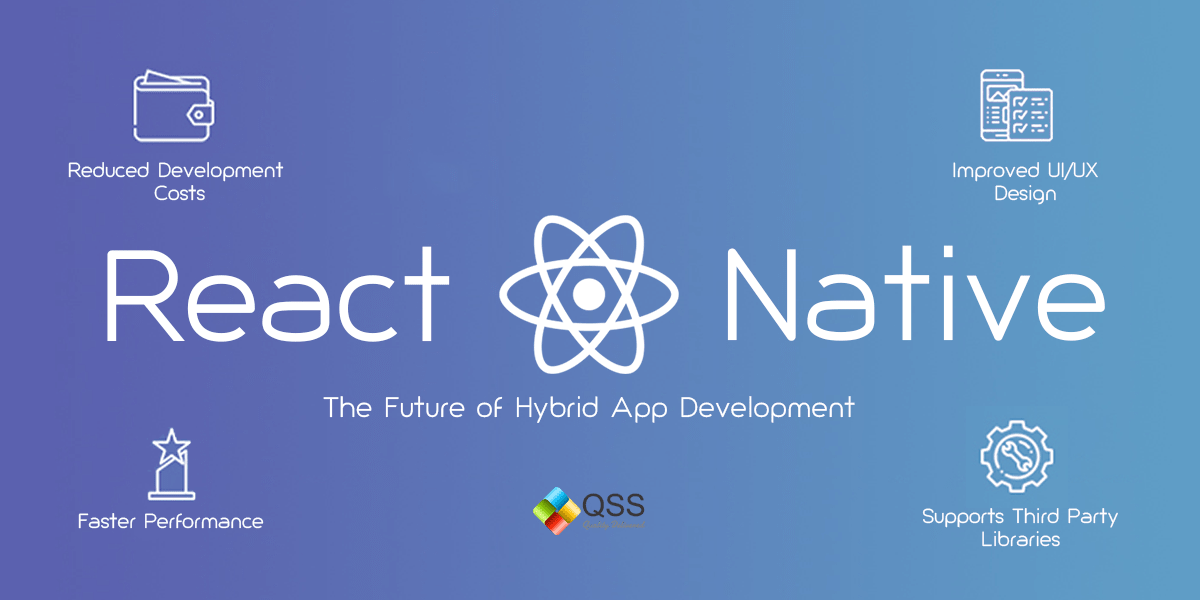 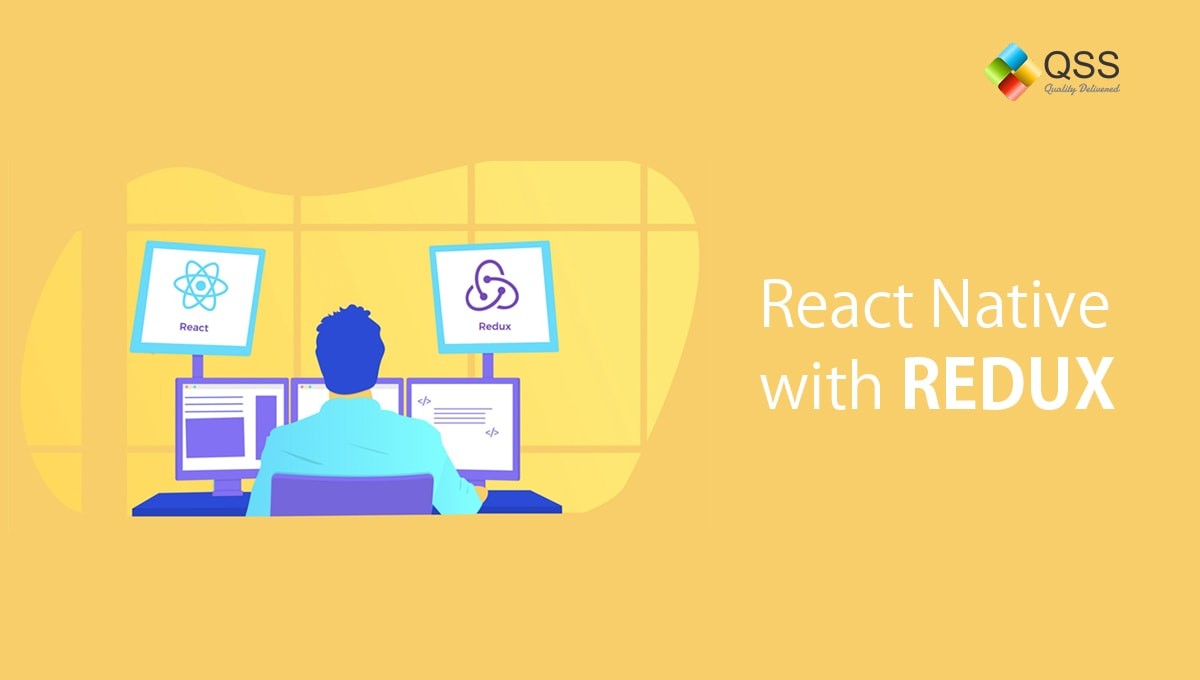