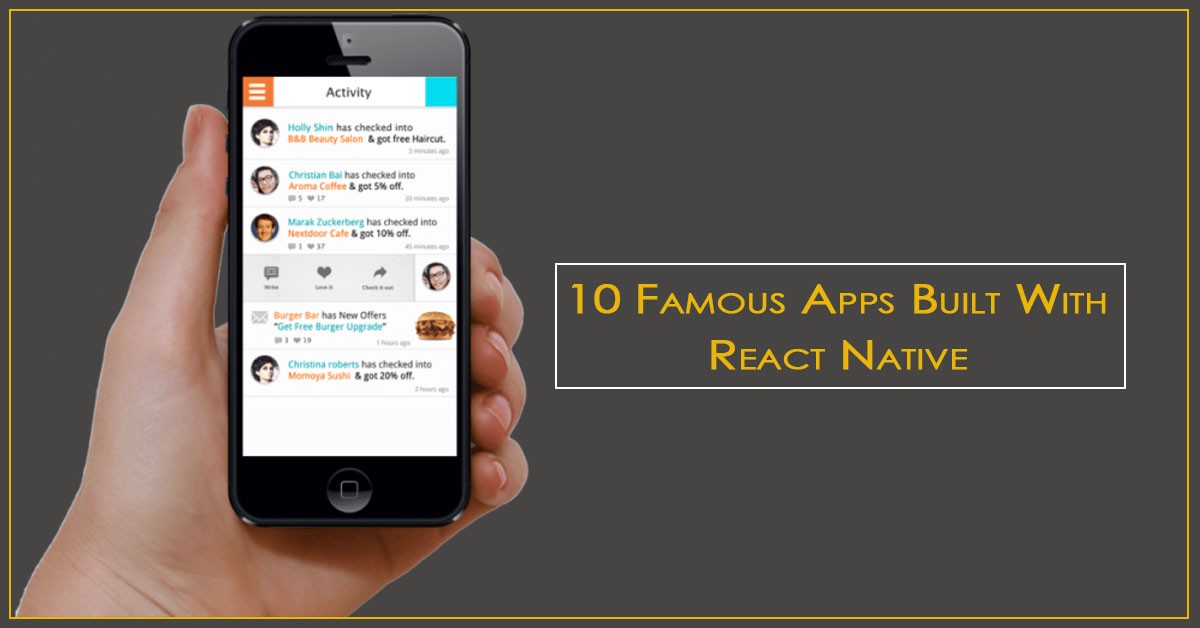 The evolution of React Native technology is quite fascinating. What started of as Facebook’s internal Hackathon project in 2013 is now one of the trending frameworks for Android and iOS app development. In March 2015, Facebook, in its F8 conference announced availability of React Native on Github. And now, developers are making the most of modern web techniques on mobile.

The idea of creating apps using only one paradigm for all platforms sounds a bit unreal. However, React Native, despite its immaturity, enables to accelerate the process of building apps across different platforms, thanks to the possibility of reusing most of the code between them. No wonder that many companies settle upon React Native for their mobile apps

The concept of creating apps using only one paradigm for all platforms sounds a bit unbelievable. However, React Native, despite its immaturity, allows to accelerate the process of building apps across different platforms, thanks to the likelihood of reusing most of the code between them.

What is React Native?
React Native is a native version of the popular web library of the same name and its main purpose is to bring the power of React to native mobile apps development.

React Native components are pure, side-effect-free functions that return what the views look like at any point in time. For this reason it is easier to write state-dependent views, as you don’t have to care about updating the view when the state changes since the framework does this for you.

The UI is rendered using actual native views, so the final user experience is not as bad as other solutions that simply render a web component inside a WebView.

What reason are the largest companies using React Native for?

#1 Facebook & React Native
React Native commenced as Facebook’s hackathon project developed in response to the company’s needs. Facebook wanted to bring all the advantages of web development – such as quick iterations and having a single team develop the whole product – to mobile. That is how React Native was brought to life and leveraged in mobile app development for both iOS and Android apps. 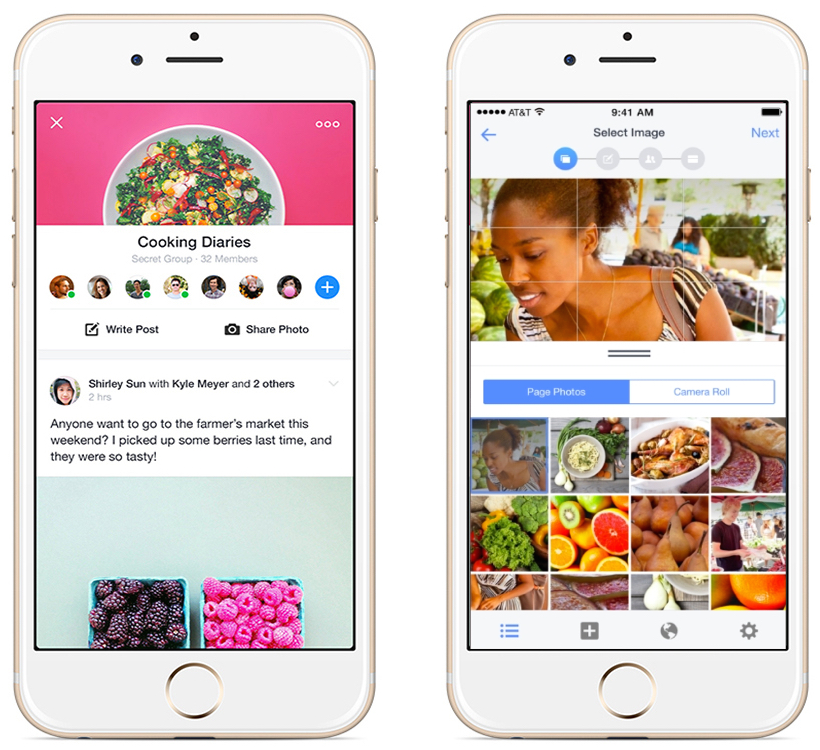 Why did they choose React Native?
Originally, Facebook only developed React Native to support iOS. However, with it’s recent support of the Android operating system, the library can now provide mobile UIs for both platforms. Facebook used React Native to develop its own Ads Manager app, creating both an iOS and an Android version. Both versions were created by the same team of developers.

Facebook also made React Native open-source, with the idea that compatibility with other platforms like Windows or tvOS could be operated on by the development community, so stay tuned.

#2 Facebook Ads & React Native
The social networking platform isn’t the only React Native application that was produced under Facebook’s roof. Facebook Ads was the first React Native app for Android and, the first completely React Native based, cross-platform app built in the company. The framework seemed absolutely suitable for the lot of complex business logic required to accurately handle differences in ad formats, time zones, currencies, date formats, currency conventions, and so on, particularly that a big chunk of it was already drafted in JavaScript.

Why did they choose React Native?
From a design viewpoint, the interface is clean with intuitive UX and simple navigation. The animations and transitions are perfect; they do not feel unnatural or buggy at any point. The overall experience is brilliant, and if your marketing team isn’t using the app, Facebook strongly recommend them to start.

#3 Walmart & React Native
Walmart is one of the largest online retailers and to gain a competitive advantage in the market, the company always takes care of their customers’ experience, trying new technologies and being innovative. The innovative attitude of Walmart was proved when the company introduced Node.js into their stack. Years later, they also shifted their mobile hybrid application into React Native. This improved the performance of the app on both iOS and Android using less time and human resources. The new app was nearly identical to native apps and had flawless animations.

Walmart managed to improve performance of the app on both iOS and Android by using less resources and within shorter time span. 96% of the codebase was shared between platforms while skills and experience of developers were leveraged across the organization.

Why did they choose React Native?

Walmart aims really high, striving to become the world’s largest online retailer. With such big goals the company needs to take bold moves that involve higher risk in order to gain a competitive advantage. That is why they always seek the ways to improve customer experience by trying new technologies.

Why did they choose React Native?
The consumer mobile app was huge endeavor because we had to transition the entire organization to React Native“ says Gabriel Lew, a senior application engineer at Bloomberg office who led the development team’s effort. (source)

Another advantage of React Native is that it automates code refreshes, accelerating the release of new product features. Instead of recompiling, your app reloads instantly.

To move an existing app to a new technology is surely a big challenge. Since Instagram app has got simple UI, adopting a new technology was comparatively easier for them. The major effect that React Native brought to the app was easy maintenance for both Android and iOS platforms.

Why did they choose React Native?

The dev team at Instagram faced a few problems on the way, but they substantially improved developer velocity. 85% to 99% of code was shared between Android and iOS apps, depending on products, thus the team was able to deliver the app much faster than they would have with a native solution.

#6 SoundCloud Pulse & React Native
Sound Cloud Pulse is an app for dedicative music creators. Everyone can use the service to share their audio, or special versions like acoustic tracks, live songs, or remixes. They can then annotate and comment on the music to augment the experience for listeners.

Why did they choose React Native?
Their experience with the framework was generally positive. Developers found it easier to work on a React Native-based application than on a native application. Moreover, they were capable of building the application by themselves without frequent input from specialised mobile developers.

This app is a travel guide that connects the visitors/tourists with the locals, so as to get a list of their favorite places. Team Townske already used ReactJS for frontend development for their web app, which convinced them, to use the framework for mobile app development as well. It offered speed in development, deployment, and code sharing facility. 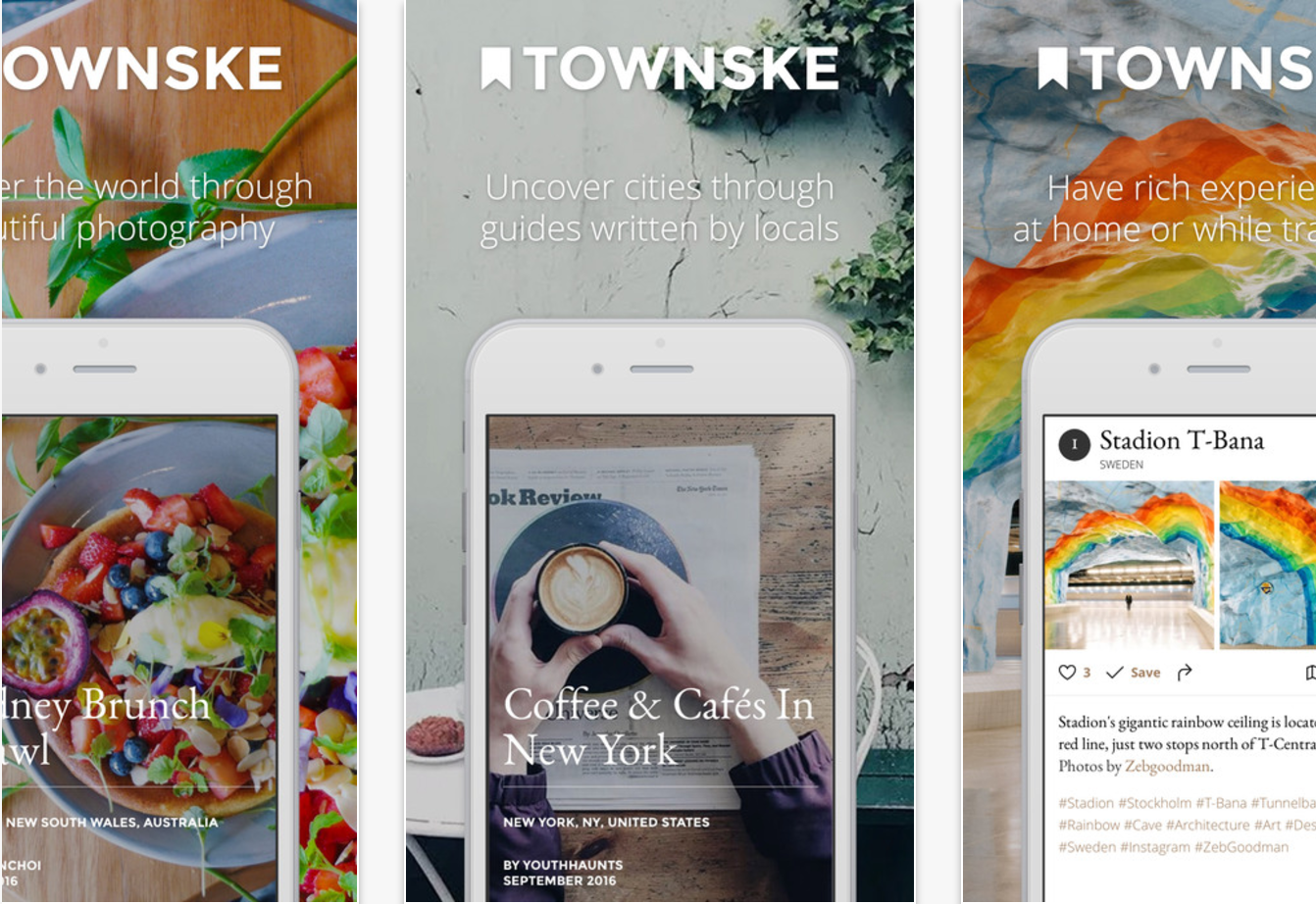 Why did they choose React Native?
React Native is focused solely on building a mobile UI. Compared with JavaScript frameworks like AngularJS or MeteorJS, React Native is UI-focused, making it more like a JavaScript library than a framework. The resulting UI is highly responsive and feels fluid thanks to asynchronous JavaScript interactions with the native environment. This means the app will have faster and smooth load times than a typical hybrid app, and a smoother feel.

#8 Gyroscope & React Native
Gyroscope enables you to see the complete story of your life; it’s the health app on steroids. Not only can you track steps, your workout, or your heart rate, but with the dozens of integrations you can also track activities like productivity on the computer, or use sleep tracker and automatic Ai to make sure you get enough sleep. 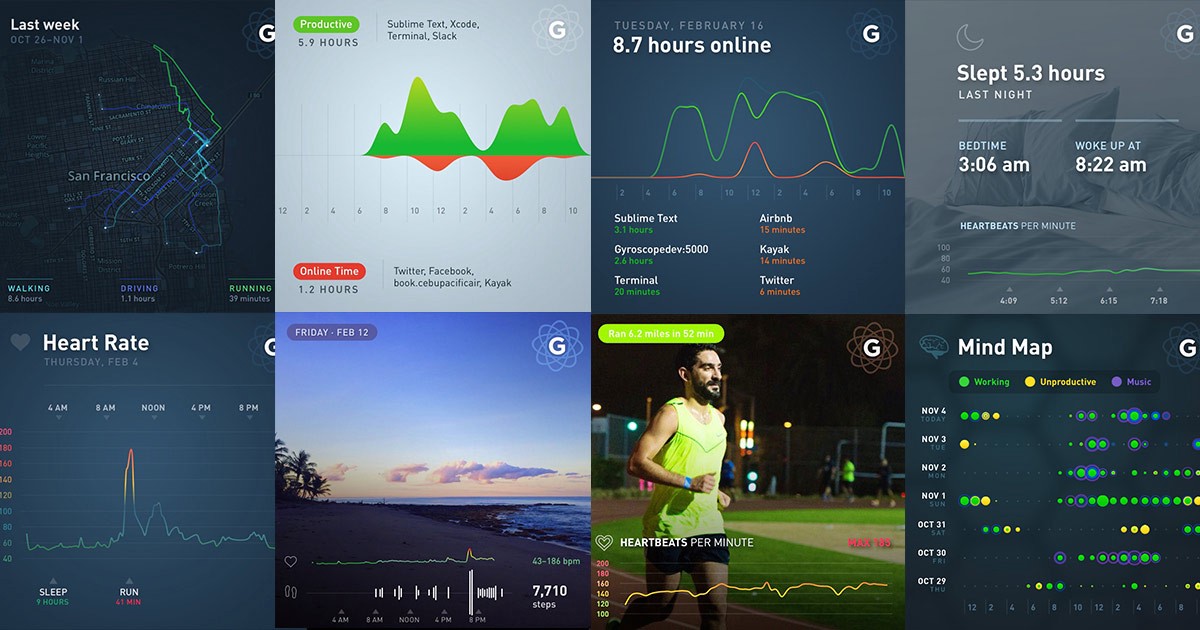 Results
All the data is exhibited in two attractive, well-designed views: Simple and Cards mode. All tracked data is aggregated in daily/weekly/monthly statements, and you can also easily deep-dive into it and pick on which things you want to focus next.

#9 Wix & React Native
Wix is a React Native mobile application that allows 110 million Wix user to manage their websites and always stay connected with their visitors. The official mobile application of Wix.com was fully written in React Native from scratch. Its development came with a set of challenges for the engineering team. What the developers find great about React Native is that it is open source and free, UIs are pure native and the asynchronous updates for performance make the technology powerful. 80 % of the app code is JavaScript and this successful mix of React and JavaScript save the time of the Wix development team for three times. Tal Kol from Wix in his tech talk at ReactNext 2016 goes deeper into their experience of choosing React Native, concluding at the end, that this technology is a game changer.

Why did they choose?
Whereas native app development is usually linked with inefficiency, less developer productivity, and slower time rate to deployment, React Native is all about delivering the speed and agility of web app development to the hybrid space – with native results. See the project on Github.

#10 Delivery.com & React Native
Delivery.com empowers the neighborhood economy by enabling customers to order online from their preferred local restaurants, grocery stores, wine and spirits shops, and laundry and dry cleaning providers. Every day more than one million delivery.com customers explore their areas and order from more than 10,000 regional businesses while at home, at work, or on the go. With headquarters in New York and an expanding presence throughout the U.S., delivery.com offers e-commerce an integral part of local everyday life, helping customers shop, businesses grow, and neighborhoods thrive.

Why did they choose?
React Native allows you link the plugin with a native module, so you can connect the map up with the device’s functions like rotate, zoom, and the compass, while utilizing less memory and loading faster. If your app supports previous operating systems (and older devices), this can help you keep the app running smoothly.