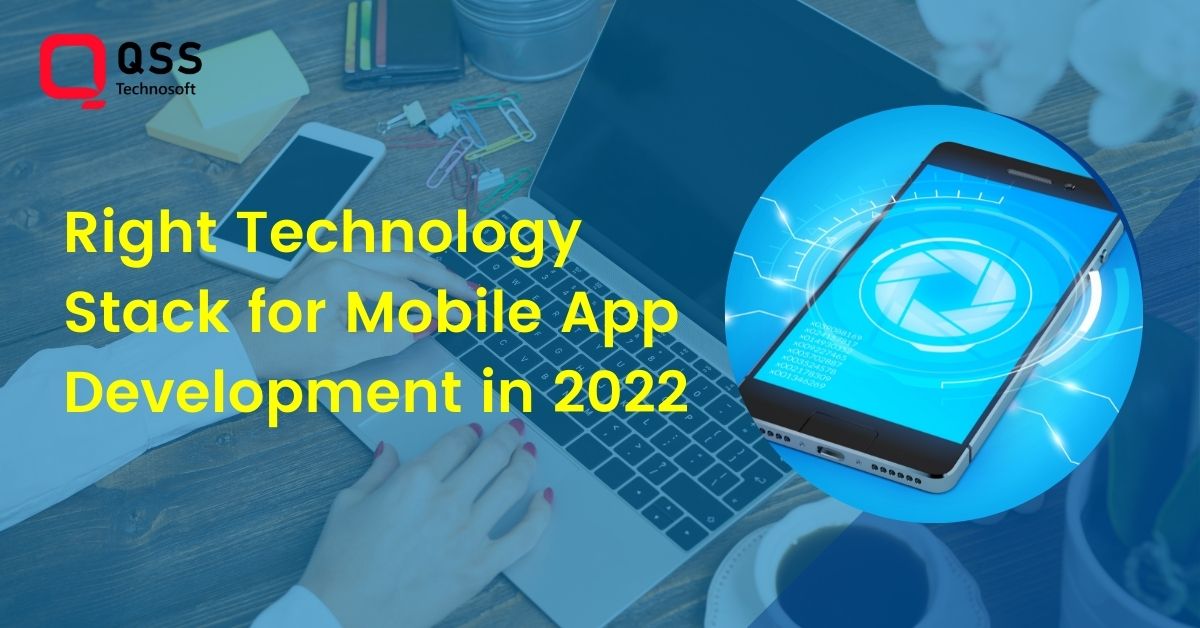 Choosing the Right Technology Stack for Mobile App Development in 2022

Choosing a good technology stack for your dream mobile project not only reduces your overall app development cost but also saves time by offering new prospects and making future project improvement easier and more flexible. So how to make the right choice while selecting a technology stack for your mobile app development? This blog guides you through making the right choice in deciding the technology for your mobile app project. We have also listed down the separate technical stack to consider for your Android, iOS, or cross-platform mobile apps in 2022 and beyond.

Creating a new mobile app is similar to building your dream house. A good foundation is needed in order to provide a good, solid product. In the mobile app case, it’s the technology stack that decides the success technology Stack for Cross-Platform Apps failure of your business. Wondering what exactly is a technology stack is? Well, it refers to the combination of language, platform, framework, and other tools used for the development of the application.

Technology Stack for iOS apps in 2022

Android and iOS operating systems are structurally different from one another. That is the reason why they have their own style of technology stacks. An iOS development environment should consist of:

According to a Stack Overflow survey, 68% percent of Оbjective-С developers are not interested in continuing to use this language because of its complex features.

Swift is a relatively new language with less coding and is easier to understand, edit and debug. This makes it a preferred language to use in 2022.

There is a few popular toolsets of iOS- Xcode and App code.

Xcode IDE is powered by Apple and it grants access to all the essential features required to build a native iOS mobile app. This tool provides developers with all necessary functions for user interface design, coding, and testing.

App code is another integrated development environment powered by a third party. It has a flexible setting system, which allows optimum productivity.

For building user interfaces, developers commonly use UIKit and SwiftUI.

UIKit is the basic framework for constructing and managing graphical components in iOS applications.

SwiftUI is quite similar to UIKit and they can connect to each other. But because of the later introduction of SwiftUI, it supports only the latest versions of iOS. By applying this framework, you may possibly lock out users running older versions of iOS.

Technology Stack for Android Apps in 2022

If you are looking to build a native app for the Android OS, you can consider choosing the Android app stack:

Java is considered to be the most popular language for making Android apps. It gives one of the best options to build Android applications, as they are based on Android APIs and a huge variety of built-in Java libraries.

Kotlin is essentially lightweight and less verbose than Java. It is fully compatible with Java Virtual Machine and allows us to use both frameworks for developing the app.

Android Studio and Android Developer Tools (ADT) are great tools to develop Android apps. Powered by Google, it contains code editing and debugging tools and provides a user-friendly intuitive interface and all the necessary means to create high-quality apps. The tool has a great variety of visual layouts and drag-and-drop features.

On the other hand, ADT provides developer-specific coding and test automation support, a graphical UI builder, and other specific features. It is a stable and well-supported tool designed to provide a powerful, integrated environment in which to build high-quality apps.

Technology Stack for Cross-Platform Apps in 2022

Flutter is a Google-powered tool for cross-platform development. Based on the Dart programming language, it has built-in widgets that provide smooth and quick performance. Technology is the number of choices for developers at the current time.

React Native is a framework based on JavaScript or TypeScript for creating mobile applications. This tool exploits the same UI building blocks which are used in Android and iOS. It provides quick and simple error detection, high functionality, and a simple interface.

Xamarin is usually accomplished with the C# language. This framework provides direct access to the native APIs of both operating systems and allows the use of an open-source and complete toolkit.

Now when we have a better picture of the best mobile development technologies of 2022, it’s time to decide what stack best suits your particular set of requirements. While choosing it, make sure to consider-

QSS Technosoft is a decade-old globally renowned full-stack software/mobile app development company with 250+ agile web & mobile app developers who are skilled at assisting all the shapes and sizes of businesses to address their development challenges. Our main proficiency lies in technologies like- Blockchain, AI/Chatbots, Biometrics, Cloud, GIS, and more. We have been very few in the industry to excel in tech stacks like Flutter, GoLang, ReactJS, React Native, Xamarin, etc.

Based on our experience in developing mobile applications, we can advise you on which dev stack is the best variant for your upcoming project and can build a powerful and multi-featured mobile app for you.

Our Software Developers are able to work according to your time zone, deadline, and milestone.

Contact us to find the proper team and estimate your idea!