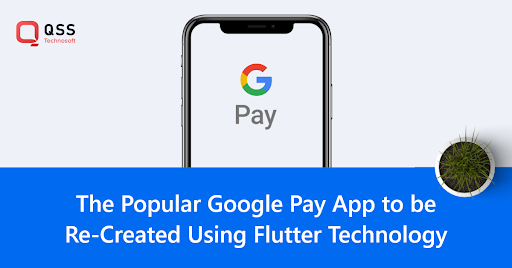 The Google Pay team has recently announced that the Google Pay for India app is getting a major design rewrite with Flutter, Google’s open-source UI development kit.

The app, formerly named as “Tez”, is one of the popular UPI Payment App that has witnessed massive popularity from the last 2 years. It lets users pay bills, top-up phone data plans, get local bank loans, buy train tickets, and send money with rudimentary messaging capabilities.

Google currently maintains two versions of the Pay app: one for global users and one for Indians. In their released blog post, Google said- “We were looking forward to launching Google Pay on Flutter to everyone across the world on iOS and Android.”

Earlier there was confusion if the same app will be upgraded & rebuilt with Flutter or Google will build a completely new app using Flutter SDK killing off the older app. But Google Pay version 2.118 rolled out earlier this week on the Play Store confirms that the old app will be replaced by the Flutter one.

Let’s understand why Google came up with such a big change.

Reason for this Biggest Change

After this new version comes in, Google will be redirecting its current Google Pay users to download this new Google Pay App from Playstore & Appstore. It is not wrong to say that Google has made a smart move investing in a Flutter rewrite for it’s big hit app when the current one is getting a bit stale.

What Google’s CEO has to Say about this?

CEO Sundar Pichai said as much at this start of this year:

“We’ve had a lot of traction with our payments product over the past 18 months. We had a tremendously successful launch in India from which we learned a lot of features, and we’re bringing that and we’re revamping our payments products globally. And so I’m excited about that rollout, which is coming up in 2020. I think that will make the experience better.”

“After carefully weighing the risks and our case for migration, we decided to go all in with Flutter. It was a monumental rewrite of a moving target, and the existing app continues to evolve while we were rewriting features.”- he further added.

Google’s CEO has also informed that his team is looking forward to integrating google pay and launching it’s on Flutter to everyone across the world on iOS and Android. Yet he is unknown about the UI or functionality global users will see.

Note: The announcement was first made on the website 9to5Google.

Is it a Good Time to Shift to Flutter? Build Lightening Fast, Powerful Flutter Mobile/Windows Apps from Experts

Flutter is surely a powerful technology that offer businesses a cost-effective & highly scalable mobile app. Being a next generation technology by Google, it is a great fit if you are looking for a cross-platform app reducing both your time & cost. The framework comes with a lot of Advantages, some being-

Hire Flutter developers at cheaper prices. Contact us for a free consultation and best quote for your project!