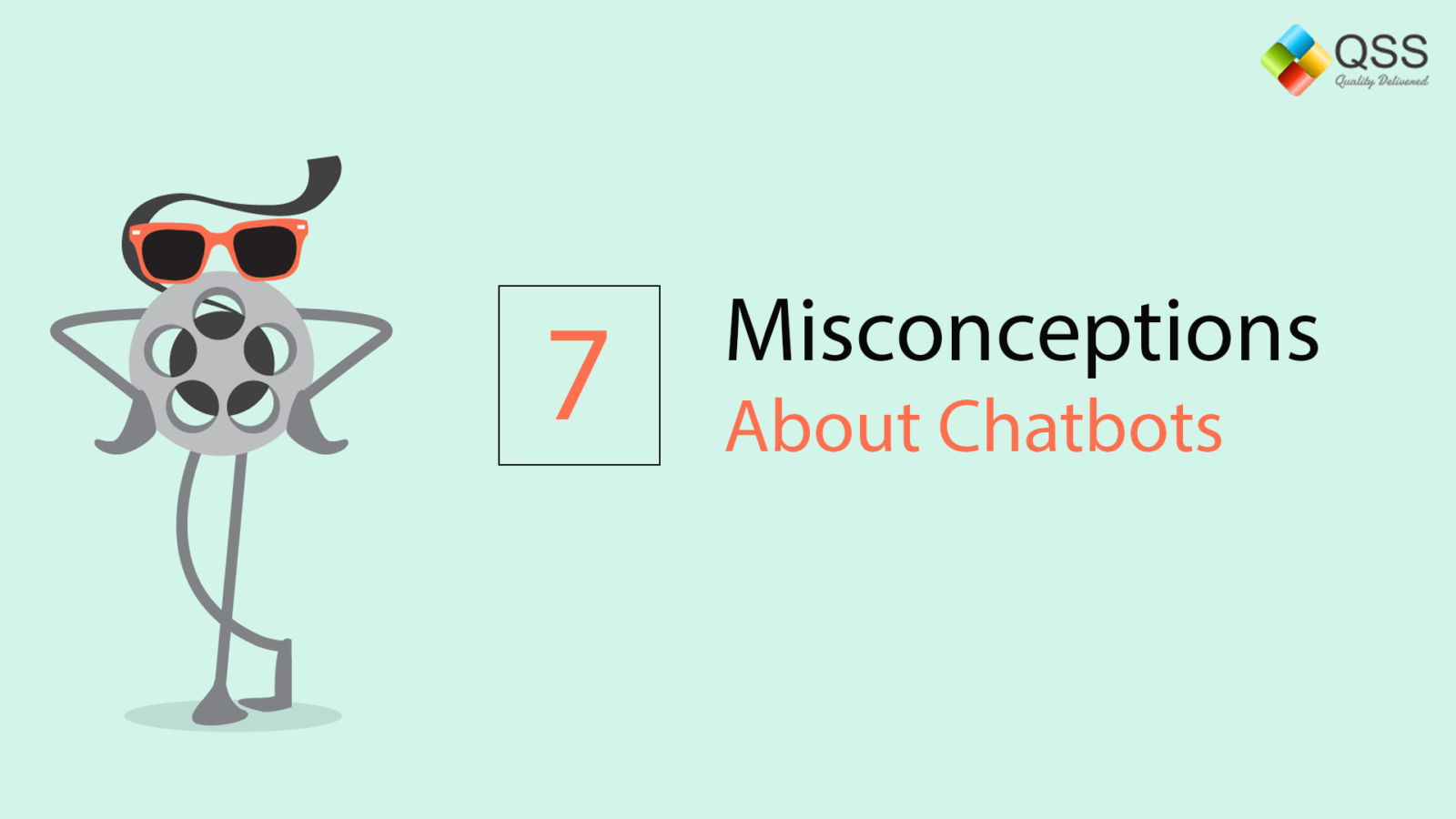 In the last few years, AI and chatbots have become buzzwords synonymous with digital transformation. Press often focuses on the pilots and prototypes, framing them as overnight wonders. Yet, many of these projects have only been made possible by years of work. The resulting prototype is just the tip of the iceberg.

Here are seven of the biggest misconceptions about this technology in the industry.

Let us see a breakdown of some of the current misconceptions about chatbots.

Chatbots will never replace humans. Rather, they augment and optimize human potential in a smart way. When you have the ability to help customers with intelligent, instant and to-the-point answers for their questions with great consistency (and also while keeping their preferences in mind), chatbots do emerge as a more favorable option as an initial customer touchpoint. This also minimizes the workload of technical experts, who otherwise have to address recurring non-technical queries, thus, considerably boosting the overall efficiency.

2: Chatbots are a new technology

In fact, the history of chatbots has its roots in the distant past.
The first member of this “family” was built in 1966 – it was ELIZA. This computer program created by Joseph Weizenbaum is known mostly for the script simulating (or rather parodying) a psychotherapist. It used users’ input to formulate non-directional questions and hold a conversation. Afterward, there were PARRY(1972), Jabberwacky (1988), Dr. Sbaitso (1992), A.L.I.C.E. (1995), SmarterChild (2001), and at last, IBM Watson (2006), Siri (2010), Alexa and Cortana (2014-2015). In 2015, Telegram launched Bot API for developers, Slack launched 150 bots and invested $80 million in the development of Slack chatbots. In 2016, Facebook launched a platform for Messenger bots. So, this technology is relevant and developing but not new.

This myth is debatable, as some believe that a chatbot cannot converse like a human or rather lacks personalized emotions. There are two ways of looking at it, on one hand, chatbots are operated by software, and therefore it cannot give that human emotion to its service providers.
On the other hand, there are chatbots that are trained and programmed to understand the gestures and emotions of the user to a deep level. It is a challenge for the developers to try to build a chatbot with more human capabilities but it is possible. An AI-based chatbot can mimic human emotion to a certain level but it is not a good idea to let your users think that they are talking to a real human. It is better to be upfront about the fact that the agent is a chatbot.

Things to know about Chatbot Development

4: An AI virtual assistant can function with 100% independence

Despite what you might see in the media, no chatbot or AI solution should be allowed free reign to interpret and understand human interaction on its own. Earlier this year, Microsoft attempted to launch a completely independent Twitter bot named Tay. The results were horrific, and the bot was quickly taken offline.

Tay is just one example of a broader point – your AI chatbot needs to have input from a real person to ensure that it stays on track and doesn’t have an embarrassing malfunction. Human input will also help ensure the AI virtual agent is learning about the most relevant customer service issues, based on previous conversations.

5: Chatbots are only text based

It’s a myth! Yes, most of the rule-based chatbots are text-based as they are designed for specific services. The fact is that not all chatbots are text-based because voice-enabled chatbots also exist where the user can conduct a conversation via auditory or textual methods.
A typical example of a text-based chatbot is a pizza ordering bot that will provide you information on various types of pizza available, selection of toppings and sauces, and finally a confirmation of the order. Now, let’s take the same example for a voice-enabled chatbot, where the user will have the option to use either a text method or voice method.

6: AI will solve all problems

Artificial Intelligence, as depicted in Hollywood, seems to give an illusion that all problems can be solved by deploying an AI system. However, this is far from reality.

To begin with, not all use cases are ideal for an AI system. Systems that need 100% pre-programmed logic or where the cost of developing an AI system outweighs the return on investment are not appropriate for automation using AI and chatbot. Secondly, for systems that do implement AI, if the scope of the application is not controlled from the start, the project is destined for failure.

7: Building a chatbot is easier than building an app

Building a great conversational chatbot is not easy. Complexities in a variety of segments need to be addressed for the developers such as understanding the purpose of chatbots, designing chatbot conversations, building development platforms, and integrating it with business strategies. In fact, building a dialogue is as challenging as developing a good user interface for an iOS or Android phone.
To finally conclude and come to a point, it is clear that adopting chatbots is a great solution to effectively streamline businesses. Chatbots can easily engage with users in automated conversations on a large scale and benefit the businesses. It is the right time to adopt chatbots technology as an interesting conversational platform and benefit from high ROI. Chatbot for businesses can attract more leads, conversations, orders and sustain the customers for the long term.

We hope this blog has helped demystify some of your misconceptions on chatbots. To know more on chatbot services, please talk to our chatbot development experts.