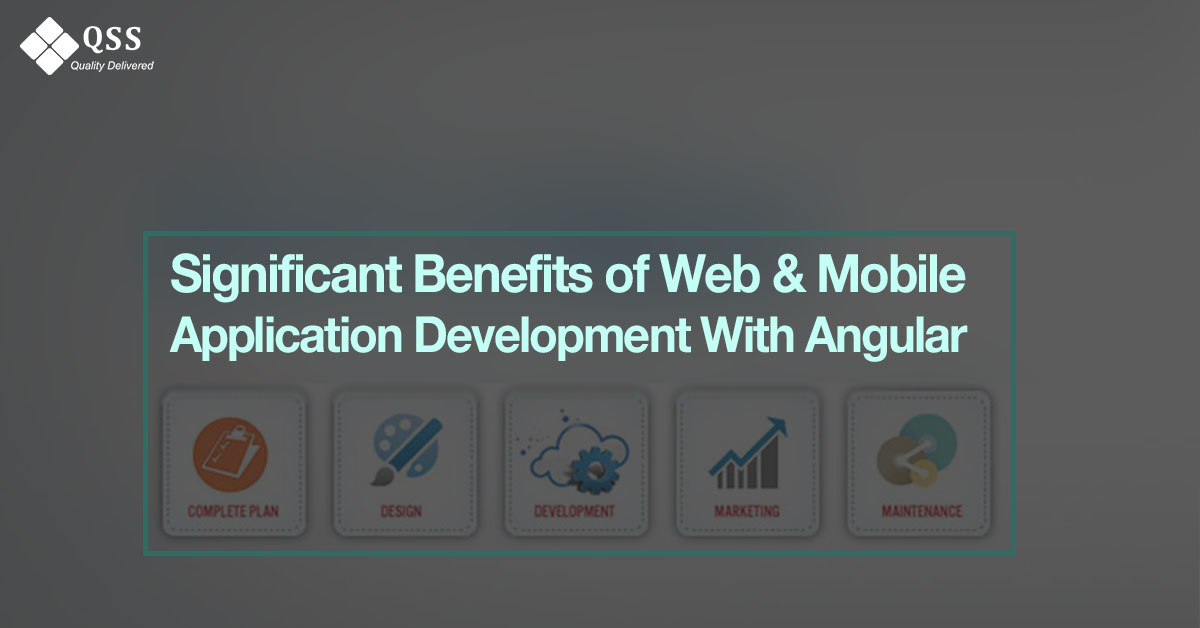 “ AngularJS has a range of incredible features & provides competitive benefits to the business owners. It offers an effective & productive method for developing website and web applications in a cost-effective manner. ”

Powered by Google, AngularJS is one of the finest open source framework used for developing web and cross-platform mobile apps. It reduces the effort of writing complicated codes and enables developers to build feature-rich solutions. Moreover, it helps developers to meet huge database requirements by developing data structures on RxJS or Immutable.js. The AngularJS framework is globally accepted and business leaders prefer this platform for getting custom-made web-applications as it offers endless benefits. Here, we are sharing five wonderful benefits of using AngularJS framework:

Better Performance
Angular originally was developed for designers not for developers. Though there were few evolutionary improvements made in design to fulfill the developer’s requirements, but still developers feel that there still lies some scope of improvement. The improved version 2.0 is expected to come up with overall improvements as far as the performance of framework is concerned.

Improved Design Architecture
Some large application contains a bulk of components numbers more than 60. Angular makes it easy to manage them even after a new programmer joins the project in the middle of the process. The architecture is built in a way which helps the programmer to locate and develop the code without any difficulty.

Dependency Injection
The whole of Angular has a built-in dependency injection subsystem that eases the process of unit testing. With this you can ask for dependencies rather than go out hunting for them. To put this in simpler terms, when you aim to gain access to core Angular services you would be only required to add service as a parameter. Angular detects your need and offers you the services instantly.

Less Effort
Angular having the ng-model and ng-class directives alone cover so many of the common operations that we all have been doing in jQuery. Two-way data binding and saving to the server now takes a small number of lines in Angular, but in jQuery would require creating your own object, and several different click and event handlers. Switching from watching elements and events to watching a model is a big shift in the right direction.

Components based
The whole architect on which Angular is built is component based allowing to easy reuse of the separate components along with modularity. Templates, Metadata, Injector, directives, injector, Services along with Event and property binding forms the building blocks of Angular which are part of the hierarchy established within developed applications.

We at QSS Technosoft provides all the wonderful features & benefits of AngularJS. Being a market leader in AngularJS development company in Chicago, our professionals follow the latest web and application development methodologies and bring a rock-solid solution for every client.