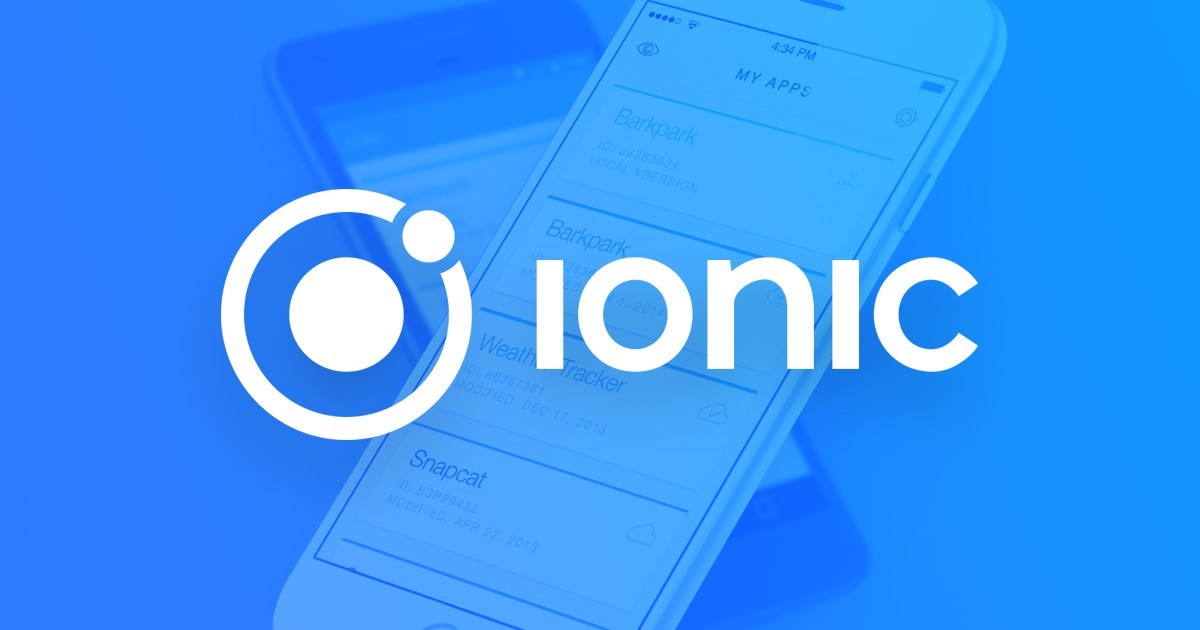 In the fragmented landscape of mobile app development frameworks. Where on one side some platforms attract developers because of their native performance gains. On the other side, the HTML-based frameworks have always made developers think twice about even choosing them.

But unlike other cross-platform frameworks, Ionic has been gaining consistent popularity and the framework has become the de facto standard in hybrid app development. Following are some convincing features which will let you choose Ionic for your hybrid app. 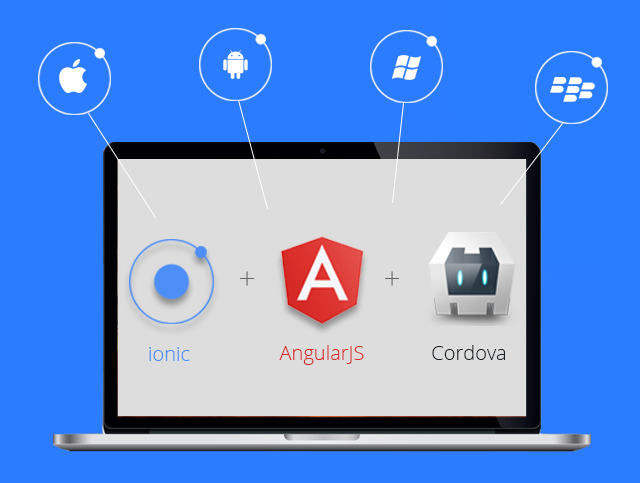 Ionic Framework is completely free and Open Source to use. The complete source code is available on GitHub.

Being open source, there is such small barriers to entry. Anybody around the world can start creating Mobile Apps with An idea, A computer and an Internet connection. With powerful frameworks like Ionic provided free, almost anybody can create things that can change their lives and the lives of others. Just Imagine, If you had to pay Money for a license for such frameworks, then It would become very difficult to even getting started.

It is well backed by Investors, Its Parent Company and Community Force, and is not likely to get Abandoned (as it happens to many open source projects). Its very strong argument to count as Reasons to choose Ionic framework for mobile app Development.

Who doesn’t love creating an interface where you can just pick and choose the different elements instead of coding them individually? Ionic framework has this advantage where you can use a set of default UI elements. Forms, filters, action sheets, navigation menu, list views, tab bars and other UI paradigms are easily available for developers to use in their design. Hence, developers can focus on building apps rather than breaking their head over the common UI elements. Moreover, the code is reusable so developers can build an app for all major operating systems with ease. The default UI is clean and you can add a personal touch to your app by including CSS classes.

It’s not an easy to start out with a new framework, sometimes it’s a challenge for even experts to figure out things. Ionic, being built on the top of popular technologies such as Cordova and Angular, has a huge and active community. So, for all your questions, there’s always an existing blog post about it or members eager to help on forums. You can even try posting your app questions on social media and if you are lucky, you never know, you might get your answers from the founders of Ionic framework. 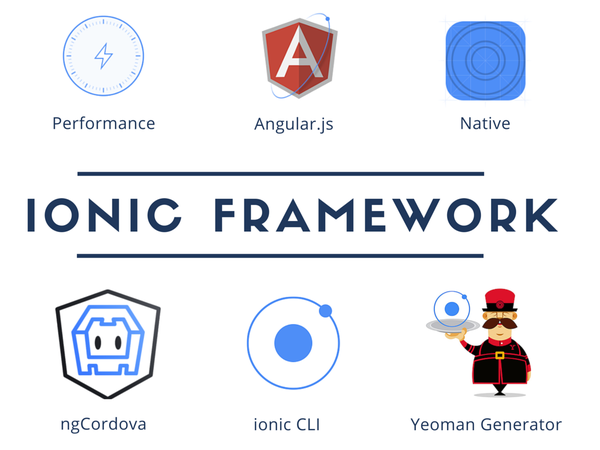 Angular is here to save

Angular is a very popular framework for creating both mobile and web apps. Ionic uses AngularJS for providing application structure, taking advantage of its several features. It uses the syntax extending of HTML to include components of app and data binding. JavaScript based AngularJS framework allows user to build high performance mobile apps on Ionic platform.

One code for all

Building native apps for both iOS and Android means investing a good amount of time learning two completely different languages. With Ionic, comes the flexibility of building cross platform apps without any problem. It’s far more easier to build high-end user interfaces with added functionalities and reuse the same code to build apps for different platforms. As the rewriting of code is not required, it saves a lot of time and effort.

These Modules are being currently provided to support Android, IOS and Windows platforms. And eventually will be enhanced to support Progressive Web Apps in Mobile Browsers and Desktop Web Browsers.

If some functionality is not available in Native modules, and available via NMP modules in open source community, same can be integrated easily by installing NPM modules.

Hybrid apps are often criticized for being ugly, but Ionic has changed this. The CSS and Javascript support gives you higher customisation options for buttons, menus, colour schemes, etc. It has really high standards of UI elements plus features like Right to Left language support for publishing your apps in multiple languages such as Arabic, Hebrew, Urdu etc. Moreover, Ionic also supports the depth, motion, and vibrant colors of the material design for a beautiful looking UI.

You can now test out your application on various environments and browser frameworks with the Crosswalk application that can help you see how the application engages with different computing environments. Did you build the app that looks great on Android phones but not so good on Windows? You can use Crosswalk to test out various browser sizes, mobile devices, etc and see how you can tweak the design for each setup so that you can maximize the overall benefits of the application’s output. You don’t want an application opening one way on one part of the world and not fully loading in another.

E.g. if a customer views your app on an Android 3.0 and asks her friend to download it as well, the experience must be exactly the same on both devices. Otherwise you’ve lost both customers at one shot. If you’re building an app that’s either ecommerce focused or delivery/order focused, this requirement is even more amplified as you need to enable trust in the minds of the user. Only if the user thinks that the app is stable, will she ever place her order and share her private details. That trust is engineered with a stable, unique and platform-agnostic behavior across the world. You can even use Ionic’s out of the box testing tools such as – Ionic View, Ionic Lab and the Ionic Resources to ensure that you’re in the right 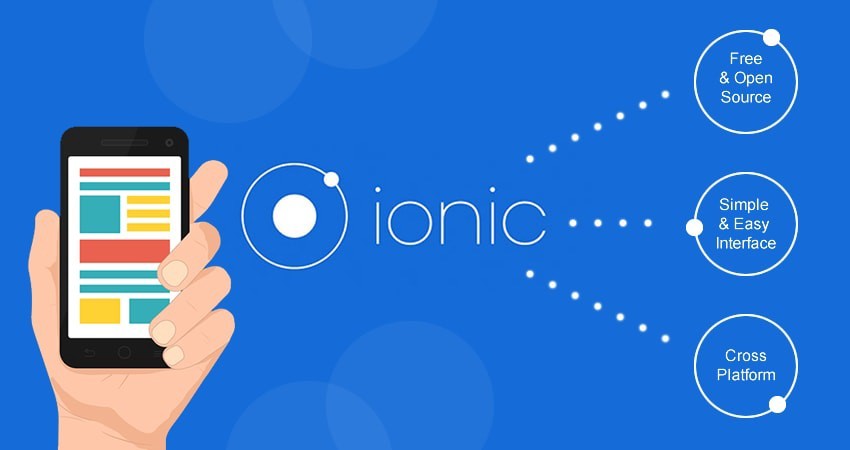 Ionic framework has been created to bridge the gap between AngularJS web apps and hybrid mobile apps. It takes advantage of the rich AngularJS and Cordova library for developing highly interactive hybrid applications. Turned out to be a lifesaver for the hybrid app development, it provides native like UI components that can be mould in the framework for iOS, Android and other platforms.