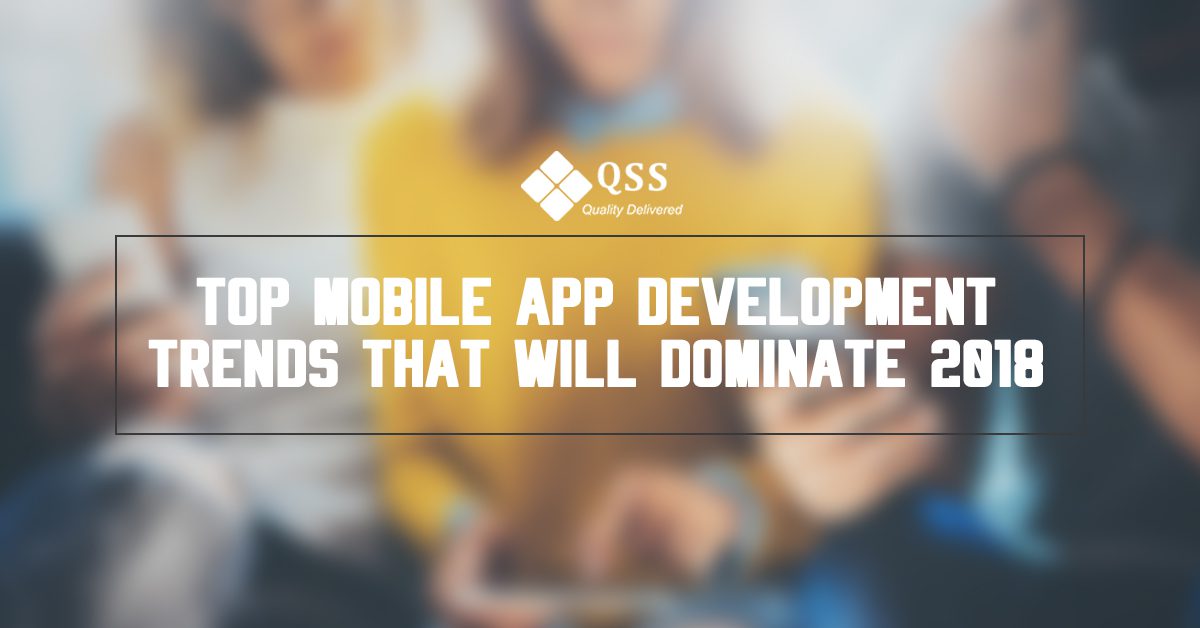 2018 is here and how we wish we could tell you we have invented hoverboards, flying cars and robots to assist us with almost everything, like that in Back to the Future…… because we have not. But then what is relieving, and probably resurrecting for the geek class, is that we have unlocked the doors to the kind of future we have always been fascinated about, and we are almost there. How did that happen? Say hello to the augmented and fortified potential of mobile app development industry with bigger and better technologies. Although there still are many basic utility mobile apps that have been around us for a noticeable while because they are simply great in what they offer, the kind of real, concept and prototype apps we have seen in the late second half of the decade have had most of us wondering how we moved so fast. And at present, we have some great prospects in the world of mobile apps.

You must have heard, at least a hundred times, that “The future is smart”, but did you ever give a thought how that is going to happen? Are we going to witness some turnaround or probably some capsule that inflates into smart devices? Well, none of that is going to happen, because everything smart that we are going to experience in future, is going to come through the channels of something that is always with us, and is capable of connecting and integrating to other smart technologies living among us. By now, you probably have an idea that the ‘something’ we are talking about, is none other than our smartphones, and in 2018, these are the trends that will make smartphones, smarter than ever:

Connectivity is what has brought mankind to where it stands today, and at the heart of it, sits communication. Isn’t that simple? Well, travelling through a complicated course of time and technological advancements including the digital ones, we have sort of returned to a more modified version of our roots i.e communications, with the concept of IoT. There have misconceptions about IoT, with some stating that it has something to do with automation, and some even spooked about how IoT is going to be the green signal for the robotic age. Although it is quite true that the robots will use the technology to collect data and upgrade their ever-evolving database to serve us better, IoT is a simple network that unifies different elements that surround us, through sensors and actuators. Implementations of IoT have already begun in most of the sectors; some of the major users of the users belonging from logistics, banking, manufacturing and a few more. The results that have been derived till now are quite productive, and indicate that we need more of a handy, 24/7 accessible and portable solution, which is more or less a mobile app. And as the need has been recognized, 2018 is going to see remarkable work in the field of IoT.

Who doesn’t love a car, especially when the car is more than just a steering wheel and a set of obsolete levers? Imagine how easy it could be for you if you knew directions to any place just like you know directions to your home. Or your car could read the pattern in the kind of music you hear to sense your mood and automatically suggest music. Well, that is actually happening.

Mobile app developers figured out the need to amp up the infotainment systems, since connectivity has become more than available. As a result, we have app distribution systems seeing new mobile apps for car infotainment systems that enable the user to do much more than just change music. Some of the major releases in the drive-assist segment are Android Auto, Automate and Drivemode that provide user with drive assistance to avoid jam-packed streets, find shortcuts, locate points of interest, control music, check real-time traffic updates and much more. For enhanced safety, these apps have made sure they include voice controls, so that you won’t let go of the steering wheel, or even some awkwardly placed steering-mounted controls. By far, from what Android Auto has delivered, the users, especially the cab drive partners, have shown a big thumbs up to these apps, following which, we are set to see developers working upon this, as at present, only few such apps exist.

People have long had a myth that is blockchain is a technology from some other world, and need specific, dedicated tools for its solutions to be developed. While that is partially true as a blockchain developer needs to understand the underlying concept of blockchain and basically how it works, the only thing that make blockchain solutions different is their integration with a distributed ledger based on a peer-to-peer structure, and even that may not necessarily be true in case of solutions build ‘around’ blockchain, and not on it. If you are also one of those who thought blockchain solutions would have a different interface than regular apps, or even a separate distribution network, you couldn’t be more wrong as many of the blockchain based apps are already available on Google Play Store and App Store. However, as there are more number of developers aware of the fact that blockchain is not a hoax, and has immense potential in offering worthwhile utilities, we are well on our way to finding more number of blockchain solutions in our native mobile app distribution platforms.

Android has always had this one big issue of disk space running out, which results in slowing down of phone. Developers have been quite progressive about developing and integrating new technologies with mobile platform, but haven’t been successful in tackling the storage issues, until instant apps were invented. With instant apps, one can enjoy the same great android interface, without sacrificing disk space, as instant apps are temporary. They install on your phone right when you need them and leave it as soon you want them to. Other than Oreo Go and Go Apps, Instant Apps are also one of the most promising android solutions for low-end and entry level smartphones. In future, as Google plans to expand to untouched regions, low cost and less hardware-intensive options like Instant Apps, are going to sit at the core of enterprises’ strategies.

Previous year has laid a progressive path to follow for 2018, by welcoming a number of progressions in the world of technology. A reflection of which we have already seen in CES 2018. Apart from technology, what we can predict about upcoming years is that prominent enterprises like Google backing up the products of blockchain and personalized services, means we are actually moving towards a customer-centric approach.