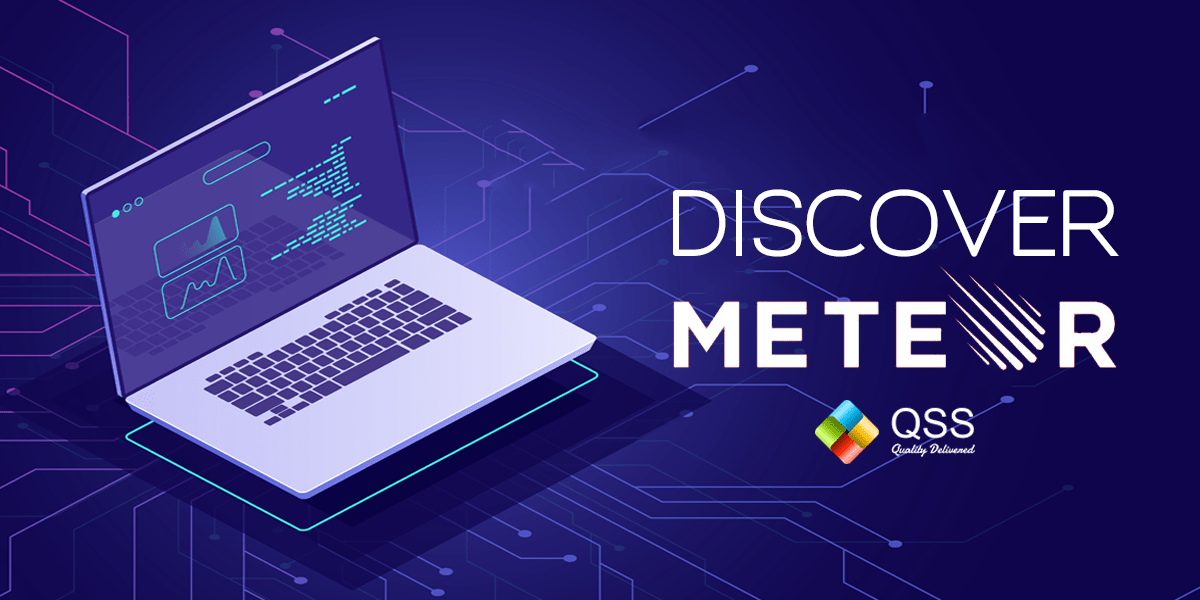 This article is targeted towards both beginner and experienced developers who have some knowledge of JavaScript and Networking Application Development.
This Article will give you a brief introduction of Meteor JS and also answer your questions such as why should you start using Meteor JS, what it can do, why it is so powerful and how to install, setup and start using it.

Quoting in Meteor’s own words, “Meteor is a full-stack JavaScript platform for developing modern web and mobile applications”.

Meteor is an ultra-simple environment for building modern applications, moreover, it allows you to build for any device, web, IOS, and Android while utilizing technologies you have familiarity with.

Since it is a full-stack framework, you can develop hassle-free. As you need to concern yourself with only one programming language JavaScript from frontend to backend and that too within a single environment. The reason why Meteor is able to do so much and is so powerful is that it has been built on the concept from other frameworks and libraries in a way that makes it easy to create a mock-up of applications. Essentially, it makes web development easier. It’s flexible and requires less code, which means fewer bugs and quality and a more stable result.

Why use Meteor JS

The stand out accord is that Meteor is incredibly easy to learn. As every mammoth framework likes to boast their ‘simplicity & performance’, Meteor is capable of delivering on these promises.

1. Meteor is very simple to learn and work upon

Unlike many other popular full-stack frameworks, you do not have to rely on multiple languages. Any semi-experienced JS developer/s could be handed over a Meteor project with a decent structure, what they can pick it up and get it running quickly.

2. It is faster to build Applications with Meteor

The speed comes from its ample scaffolding, libraries, and excellent community-authored packages that make up for most of the shortcomings and gaps in requirements.

3. It is a Full Stack Framework

As a full-stack framework, it comes with compatible but changeable parts of the stack. The developers can take advantage of the features provided by Meteor.js to create both the backend and frontend user interface of the application rapidly. Developers can even modify these compatible tasks according to their needs.

Like other modern frameworks, Meteor supports the MVC design principle. The support makes it easier for programmers to develop large scale software applications rapidly by keeping the user interface and business logic layers separated. The separation further enables developers to maintain scalability and update the application smoothly in the future.

Meteor is real-time by default, hence it provides the functionality to auto-update the UI for any change in the document or in the Database collections, so there is no need to refresh the screen as it updates it automatically. This makes meteor more perfect for real-time collaborations.

6. Variety of Packages and APIs

The developers can avail a variety of Meteor packages and a number of APIs to add functionalities and perform various network actions within the application without writing additional code. The members of the Meteor community frequently upload new packages and APIs to meet the emerging needs of software developers.

There is a passionate community of web developers using Meteor. More than that, a large number of blogs, resources, and even online learning platforms have emerged to discuss and train others for this framework. Meteor’s popularity can be seen by the fact that it is one of the most starred repositories on Github, with 41,289 stars at the time of writing this article.

Meteor supports OS X, Linux, and windows.
There are different ways to install Meteor on Windows and OS X\Linux.

On Linux/OS X
Install the latest official Meteor release from your terminal using the line,

First, install Chocolatey,
It can be installed through Command prompt in administrator mode by using the command,

Now after installing Chocolaty use the following command to install meteor,

Important:- There’s another way to install meteor on windows without using chocolaty, you can install meteor by downloading the installer available at https://install.meteor.com/windows and you can refer the installation script for more information on this.

You can even run meteor on a different port

Meteor installs itself inside your system’s home directory. To uninstall Meteor, use:

On Windows, run the uninstaller from your Control Panel.
Meteor comes with npm bundled so that you can type meteor npm without caring about installing it yourself. If you like, you can even use a globally installed npm to handle your packages.

About Author:
Vishal Solanki is a Full-Stack developer in QSS Technosoft. He’s got hands-on experience in technologies like ReactJS, GraphQL, SQL, Experimental Java & Android. He is always keen to learn and explore new things whether it’s technology-related or something fun and weird.